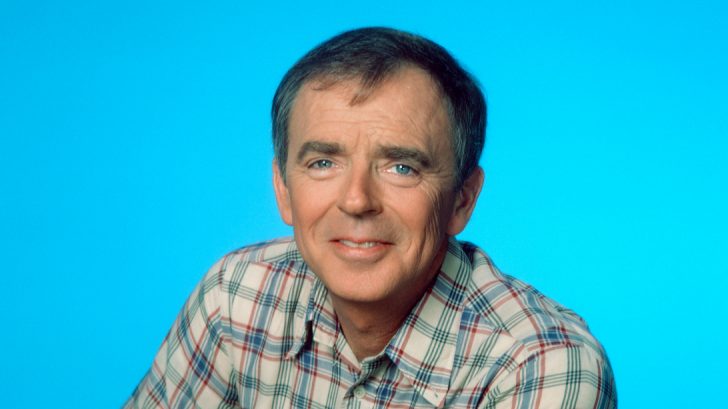 Ken Berry, one of television and the big screen’s most beloved and versatile actors, died Saturday (December 1) at the age of 85. Berry is best known for his roles in the 1960s and ’70s hit shows F Troop, Mama’s Family and Mayberry R.F.D.

Berry’s ex-wife, actress Jackie Joseph-Lawrence, shared the news of his death on Facebook saying, “With very deep sorrow, I must inform friends of Ken Berry that he died a short time ago.”

She followed up with a second post recognizing fans of Berry for their outpouring of support, as well as Ken’s longtime partner.

“I’m feeling so much love and gratitude for the affection and kindness expressed by Ken’s friends and admirers.
And to Susie Walsh, Ken’s dear partner for the last 26 years, for bringing him laughter and devotion and care,” Joseph-Lawrence wrote.

I’m feeling so much love and gratitude for the affection and kindness expressed by Ken’s friends and admirers.And to…

Berry appeared as widowed farmer Sam Jones on “The Andy Griffith Show” and transitioned into the lead as the show spun off as “Mayberry R.F.D.”

Berry played Captain Parmenter on Western sitcom F Troop for two years in the mid-1960s. The late ’60s brought Berry a guest role as a widowed farmer on The Andy Griffith Show. The role lead to a leading role on The Andy Griffith Show spin-off, Mayberry R.F.D. The show was canceled after two seasons, but Berry’s career continued to grow as he found success as a Disney Star in movies such as “The Cat From Outer Space” and “Herbie Rides Again.”

His steady rise to fame continued into the 1980s when he appeared on Mama’s Family, a spinoff of the Carol Burnett Show where he starred alongside Vicki Lawrence, Rue McClanahan and Betty White. He would also win over Lucille Ball who invited the star to join her on The Lucy Show where he played a bank client needing a loan to start a dance studio. He performed a tribute to the Fred Astaire number “Steppin’ Out with My Baby” and a duet with Ball for a rendition of “Lucy’s Back in Town.”

Ken Berry’s last acting appearances on television and in movies came in the late ’90s, although he appeared on television specials in the early 2000s commemorating the shows he was a part of, such as Inside TV Land: The Andy Griffith Show and CMT: The Greatest Country Comedy Shows.

Hear Ken Berry reminisce about working with the stars of The Andy Griffith Show in the video below.