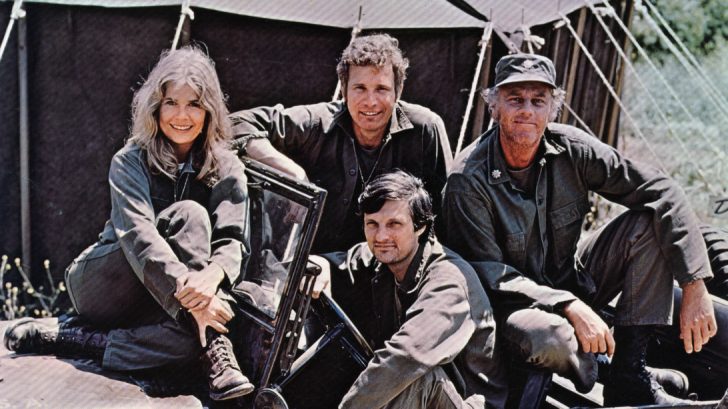 Veteran actor Alan Alda revealed Tuesday that he has been diagnosed with Parkinson’s disease. Alda, who is best known for his role as Hawkeye Pierce in “M.A.S.H.”, shared the news during an appearance on CBS This Morning.

“I was diagnosed three-and-a-half years ago and I’ve had a full life since then,” the 82-year-old Emmy Award winner said. “I’ve acted, I’ve given talks, I help at the Alda Center for Communicating Science at Stony Brook, I’ve started this new podcast.”

Alda decided to go public with his diagnosis after noticing his thumb twitch during interviews in which he was promoting his new podcast.

“I thought it’s probably only a matter of time before somebody does a story about this from a sad … point of view, which is not where I am,” Alda said.

Alda first decided to get checked for Parkinson’s after reading a health column written by Jane Brody for The New York Times. The article stated that acting out dreams could be an early symptom of disease.

“By acting out your dreams, I mean, I was having a dream that someone was attacking me and I threw a sack of potatoes at them,” Alda said. “What I was really doing was throwing a pillow at my wife.”

Despite his diagnosis, Alda has yet to suffer some of the more debilitating symptoms that other Parkinson’s patients deal with.

“I’m taking boxing lessons three times a week, I do singles tennis a couple of times a week,” Alda said. “I march to Sousa music because marching to march music is good for Parkinson’s.”

The actor admits that going public with his diagnosis will make things a bit easier for him.

“I’m not gonna worry. While I’m trying to say something else, I’m not going to be thinking, ‘Is my thumb on a life of its own?’ That’s just one of the realities of my life,” Alda said. “It hasn’t stopped my life at all. I’ve had a richer life than I’ve had up until now.”

Alan Alda starred in the war-themed comedy/drama “M.A.S.H.” for all of the show’s eleven seasons that aired from 1972 to 1983. He also appeared in television shows such as The West Wing, 30 Rock, and Scientific American Frontiers as well as movies Same Time, Next Year and Crimes and Misdemeanors.