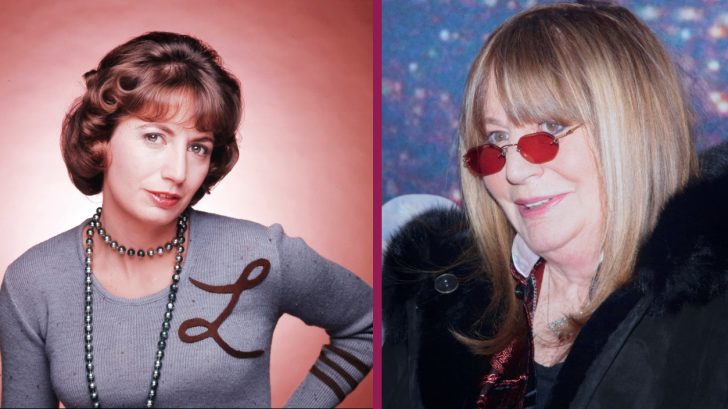 There are a handful of actors and actresses that grace our screens while leaving a lasting impact on our lives. Today, we lost one of those few…

A Gal From The Bronx

Growing up in the Bronx, NY – Penny Marshall was surrounded by art and entertainment. Her mother was a tap dancing teacher while her father directed and produced industrial films. While her father was an Italian immigrant by the name of Masciarelli, the family changed their name to Marshall before she was born to assimilate into U.S. culture.

RIP Penny Marshall, the film director best known as the queen of TV comedy (w. Cindy Williams) on 8 seasons of Laverne & Shirley. She grew up living on the Grand Concourse in the Bronx. She later wrote, "I embraced being from the Bronx. To me, it was the center of the universe." pic.twitter.com/uFXHZItXAT

Her upbringing included tap dancing since the age of three and later teaching the dance style at her mother’s studio. When she grew up, she was inspired to move across the country and join her older brother in Los Angeles as he worked on The Dick Van Dyke Show. Here, her tap dancing skills and vivid personality would shine.

She Was A Wildly Creative Actress

After acting in various commercials and movies as well as on a handful of television shows – Marshall got her big break after she and Cindy Williams were cast as guests on Happy Days. The wise-cracking duo were such a hit that they got their own spin-off show, Laverne & Shirley.

Not To Mention, She Was Also Director

As if being a dancer, actress, and comedian wasn’t enough – Marshall also dabbled in the art of directing. She started trying her hand at it while working on Laverne & Shirley and continued on to direct the sitcom Working Stiffs as well as movies like Jumpin’ Jack Flash (1986) starring Whoopi Goldberg, Big (1988) starring Tom Hanks, and Awakenings (1990) starring Robin Williams.

Thank you, Penny Marshall. For the trails you blazed. The laughs you gave. The hearts you warmed. pic.twitter.com/7qPKJa6ApH

She Touched Many Lives

Needless to say, she made a big impact on the many lives she was part of. She was even the first celebrity guest to appear on The Simpsons.

Fan and television personality, Andy Herren, recalled her innovation in the industry with a social media post saying, “She played a sinister babysitter in what was supposed to be the show’s pilot, but it came back with animation issues and instead became the first season finale.”

Fun fact: Penny Marshall was the first-ever celebrity guest star on The Simpsons. She played a sinister babysitter in what was supposed to be the show’s pilot, but it came back with animation issues and instead became the first season finale.

RIP to a true talent. pic.twitter.com/R77oDpq5g2

Even country music star and cooking show host, Trishia Yearwood remembered the actress as being her childhood. Many can relate to this sentiment. You might recall rushing to the T.V. to catch Marshall dancing away on the screen – bringing joy into households across America.

RIP Penny Marshall. You were my childhood, and forever after. Thank you for sharing your gifts with the world. xoxo pic.twitter.com/B5oh6XmWvp

We Will Miss Her Dearly

Marshall passed away peacefully in her Hollywood Hills home on Monday, December 17, 2018, after having complications from her diabetes.

The Marshall family told Fox News, “Our family is heartbroken over the passing of Penny Marshall. Penny was a girl from the Bronx, who came out West, put a cursive ‘L’ on her sweater and transformed herself into a Hollywood success story. We hope her life continues to inspire others to spend time with family, work hard and make all of their dreams come true.”

There are never enough words to express the sadness felt across the nation when an idol passes. She was a pioneer. A trailblazer. She stood toe-to-toe with the “big boys” in Hollywood and made a name for herself while paving the way for future generations. And she did it all with an “L” sewn on her shirt and a smile on her face.

Did you know that Laverne & Shirley began as a spinoff of Happy Days? They appeared as double dates for Ritchie and Fonzie.

Take a walk down memory lane and check out some of her best moments on Laverne & Shirley in the video below.