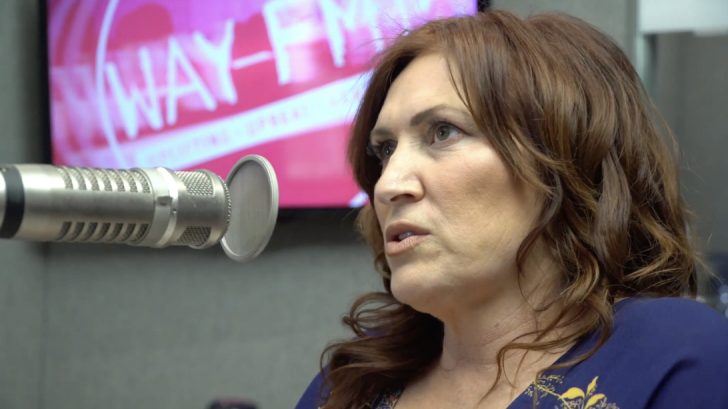 In 2017, beloved country singer JoDee Messina revealed that she had been diagnosed with cancer. Her team shared the news on social media, saying:

“Jo Dee has built a close relationship with her fans, so those of us at Team JDM wanted to be the first to let you know that she was recently diagnosed with cancer. It has been a trying summer, but her heart has been filled with gratitude for the many opportunities she has had to see God’s hand at work. … We don’t know anything specific regarding the treatment plan at this point, but Jo Dee is working closely with a team to explore all options.”

Advertisement
Upon her diagnosis, Messina canceled her tour so she could focus on treatment and she has remained somewhat quiet in recent months. But, the “Heads Carolina, Tails California” singer recently appeared on a Christian radio program to give an update on her cancer battle and share how her faith has helped her along the way.

“There was a day when it all just came tumbling in. I think it was prior to surgery when insurance had lapsed and my tithing check bounced,” Messina recalled. “With no touring there’s no income, no cash flow. So, the insurance had lapsed and I was going through some legal processes, so I got some legal papers that are never fun to get. I was just so overwhelmed that I had to just step outside and just pray to God.”

JoDee admits that her faith was tested after she first received her cancer diagnosis. She was not only fighting a physical battle, but a spiritual battle that caused her to question everything she believed. But, JoDee ultimately found peace after reminding herself that God is bigger than her cancer or her financial problems.

“It might not end the way we want it to. I might not be miraculously healed,” JoDee shared. “I had to wrestle with that. I had to say, ‘I am okay with whatever. You know best, Father.'”

JoDee Messina became one of the biggest breakout stars of the ’90s when she scored three multiple-week Number One songs from the same album (“Bye, Bye,” “I’m Alright,” ” Stand Beside Me”), becoming the first female artist in country history to do so. In total, she has 9 chart-topping singles to her credit, resulting in two Platinum and three Gold-certified albums.