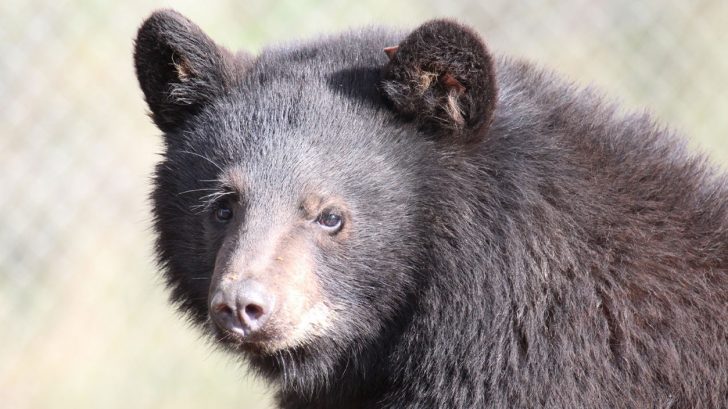 Some black bear cubs in California have been exhibiting uncharacteristic, overly friendly “dog-like” behaviors, and scientists have linked this to neurological disorders.

Starting back in 2014, a small, black bear wandered into a utility worksite. It was alone, lethargic, and showing little fear of people. Attempts to shoo the wild animal away by yelling and clapping were unsuccessful and it continued to hang around.

It was later reported the bear had moved into a residential backyard, and continued showing the same symptoms. Residents began feeding the friendly little bear water, apples, and strawberries. At one point, the bear jumped into a housekeeper’s open car trunk, begging to be pet like a dog. The bear displayed intermittent head tremors and a subtle head tilt, all signs pointing to neurological abnormalities.

The California Department of Fish and Wildlife had similar findings in the Tahoe Basin. According to a report, they had picked up a female bear too young to be out on her own, showing the same “dog-like” behaviors. Scientists have found that this behavior is linked to encephalitis, or inflammation in the brain, but are unsure as to what causes it. This inflammation eventually kills the bear so researchers are working on rescuing as many as possible while looking for a way to treat them in the wild.

One bear with a prominent head tilt became a social media sensation in 2019, when it approached a snowboarder at the Northstar ski resort. The bear curiously sniffed the snowboarder and even stepped onto the snowboard while being filmed.

Watch it in the video below.