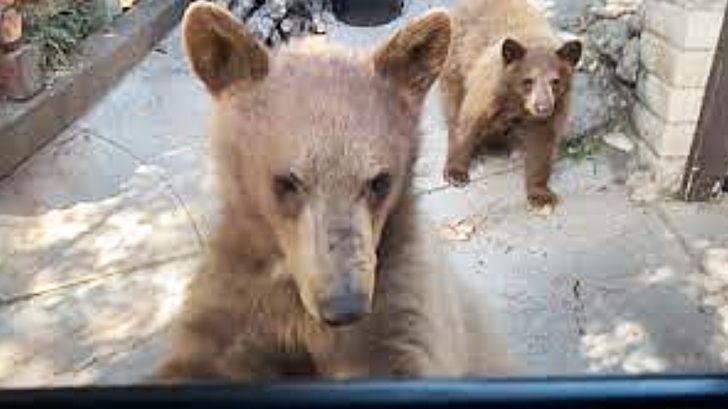 A man living in the Sierra Madre was driving around on Thursday, St. Patrick’s Day when he noticed some bear cubs walking around in the Mountain Trail and Churchill Road area.

The man whipped out his phone camera and started filming two cubs as they sniffed around and slowly made their way over toward the man in his vehicle.

He had his door shut and window almost all the way up with only a small opening at the top so it appeared to be safe.

However, he had a corned beef sandwich in his lap and the smell of it was leaking through the crack between the window and door frame.

The bear cub walked right over to the vehicle and as if he knew what he was doing, grabbed the door handle and opened the door.

The man scrambled to close the door and was able to do it before the bear opened the door again and had him scrambling to close it for a second time.

He was able to defend himself against the intruder and get the door closed, this time locked. The man’s quick reflexes kept both him and his dog safe that day but he learned a valuable lesson of having his door locked in bear country.

He ended up sending the footage of the encounter to KTLA 5 who shared the video with the public.

See Footage Of The Bear Encounter Below