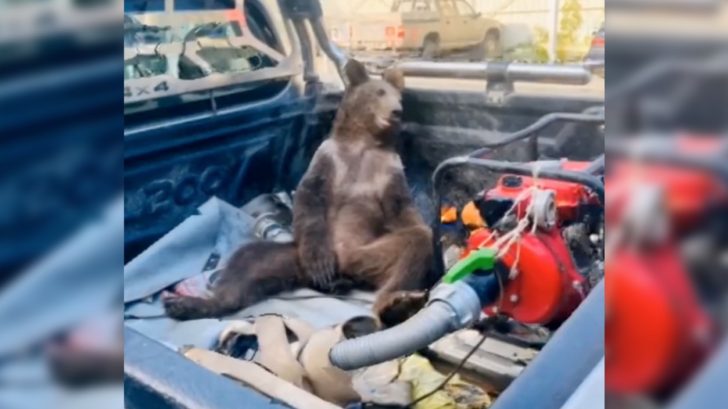 According to the local authorities in the Düzce Province located in northwestern Turkey, a bear cub got extremely high on naturally hallucinogenic honey and was found zoned out in an intoxicated mental state that had the animal paralyzed.

Police called the substance “mad honey” which is also known as “deli bal” in Turkish. It is produced when bees pollinate rhododendron flowers that contain a natural neurotoxin called grayanotoxin and it originated in the Black Sea Region of Turkey.

Texas A&M University anthropology professor Vaughn Bryant said in a university press release, “One of the earliest reports of mad honey came from Xenophon of Athens, a student of Socrates and a Greek historian, soldier and mercenary,” Bryant explains. “In his chronicle Anabasis, Xenophon wrote that in 401 B.C.E., a Greek army he led was returning to Greece along the shores of the Black Sea after defeating the Persians. Near Trabzon (in Northeastern Turkey), they decided to feast on local honey stolen from some nearby beehives. Hours later the troops began vomiting, had diarrhea, became disoriented and could no longer stand; by the next day the effects were gone and they continued on to Greece.”

Mad honey can cause light-headedness, feelings of euphoria, and hallucinations. According to a study published in RSC Advances, historically, mad honey has also been used to treat hypertension, diabetes, and low libido.

Video footage shared on Twitter by @dokuz8Haber, a Turkish media outlet, showed the bear cub wobbling around in the back of a truck clearly not thinking clearly and in a drunken-like state of mind.

The Turkish Ministry of Agriculture and Forestry said not to worry though, the bear was taken to a veterinarian where it was treated and is in good health recovering. After it fully recovers, authorities plan to find the bear a new home to go live out the rest of its life sober.