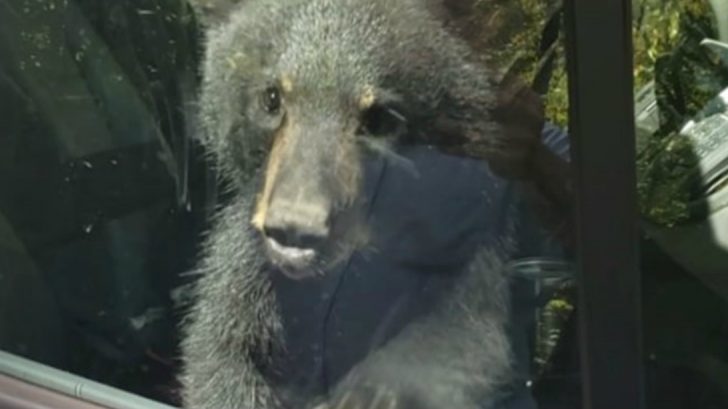 Is anything more adorable than baby animals? Their playfulness and curiosity are irresistible and bring a smile to our face every time.

An adorable video posted by security systems employee, Jeff Stokely, has us falling in love with a pair of bear cubs. The curious cubs made their way into Stokely’s work van while he was parked at a customer’s home in Gatlinburg, Tennessee. Stokely told press that he heard a car horn honking for about 20 minutes before he decided to go investigate. He found the cubs locked inside the van, obviously trying to figure out how to escape.

Stokely determined that the troublemaking bears must have climbed in through the driver’s side door, accidentally closed it, then hit the lock button once they were inside. He took time to film the adorable pair before opening the back door of the van to let them out.

Watch the drama unfold in the 3-part video below.