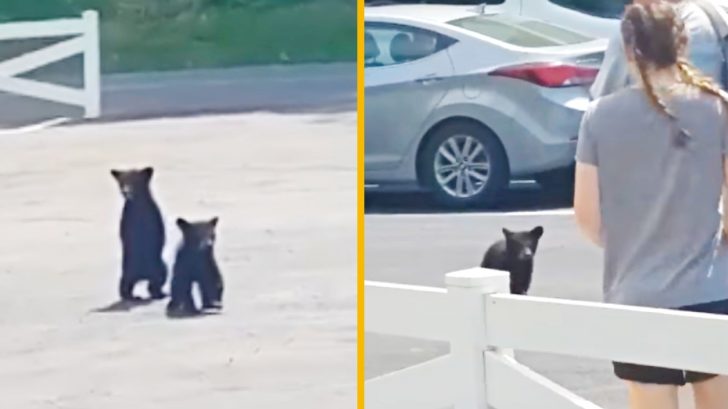 Dolly Parton’s theme park, Dollywood, is renowned as one of the world’s best theme parks, and a couple of unexpected guests wanted to check out the fun.

Dollywood guests were surprised by two black bear clubs as they waited in line to enter the park. The two bear cubs appeared to momentarily unaccompanied by their mother as they curiously explored the parking area. The playful animals veered close to the guests and allowed the visitors to take plenty of pictures and videos.

“Aw, look at them stand up! Look at them running! Get a picture of that,” one visitor said in the video.

While several guests expressed that they were worried the cubs were alone or scared, a Dollywood employee assured guests that the bears were only playing. Soon after, the cubs retreated towards a wooded area in the back of the parking area.

“The mama bear had already crossed the road when the little ones got distracted anyone with small children will understand,” Clarence Mathis, the owner of the video, wrote on his Facebook page.

Watch the bear cubs entertain Dollywood’s guests in the video below.

While confronting a bear at a theme park is rare, it has happened before. Check out another close encounter in the following clip.