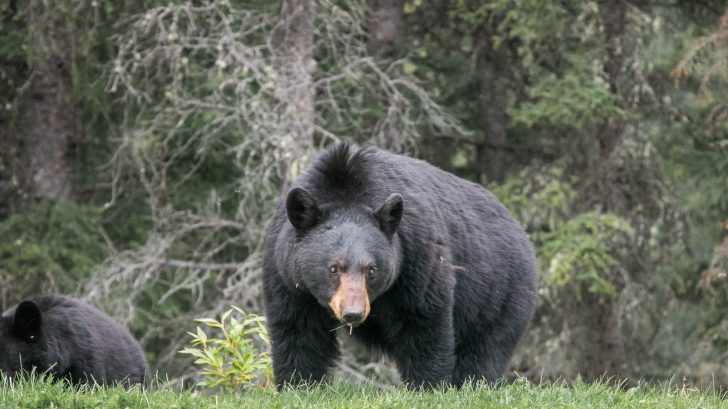 68-year-old Ronnie Dalton decided to go for a hunt in Hillsville.

While he was in his tree stand ready to hunt, he saw a bear cub walk near the side of the tree. He looked around for the mother but didn’t see her and decided to climb down.

The moment Ronnie put his feet back on the ground is when that mama bear he couldn’t find showed up.

“She looked up and saw me and when that happened she made a beeline at me as hard as she could come,” Ronnie explained to The Carroll News.

Ronnie explained that he tried to wave his hands at the animal to try to scare it away but it didn’t work and at this point, he felt threatened. He decided to climb back up the tree stand where he felt safer.

“When I tried to climb the tree stand, I got about three or four rungs up and she made a lunge on me and grabbed my right side. She bit me on my right calf and jerked me out of the stand.” Dalton shared with TheCarrollNews.

The 7-foot fall knocked him out for a bit. When he woke up, the bear was leaving with her two cubs. Ronnie decided to leave the place as fast as possible to get medical help. The bear took a chunk out of his calf the size of a softball and left three or four large teeth marks. Many close relatives to Ronnie believe that the long fall knocking him unconscious saved his life.

Encountering a bear can be surprising for both the bear and the person who sees him. Even if you identify yourself, stay calm, wave to the bear, its reaction is unpredictable. Fortunately, Ronnie made it out alive after this bear’s attack.