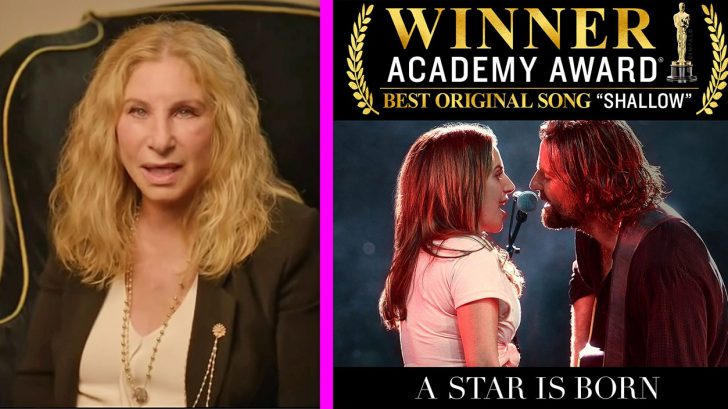 The 2018 remake of A Star Is Born is arguably one of the best musical dramas to have been released in the past few years. In fact, you can walk into just about any Nashville bar on Broadway and hear artists cover the movie’s hit song, “Shallow.” Lady Gaga won her first Academy Award starring alongside Bradley Cooper, the film received a best picture nomination, and grossed $436 million. “Shallow” even became a No. 1 hit single.

However, in an interview with The Sunday Project, singer and actress Barbra Streisand who starred in the 1976 version of A Star Is Born, shared her disappointment about the 2018 remake. The 79-year-old felt that it was too much like what she and Kris Kristofferson did in 1976.

“At first, when I heard it was going to be done again, it was supposed to be Will Smith and Beyoncé, and I thought, that’s interesting. Really make it different again, different kind of music, integrated actors, I thought that was a great idea,” she explained. “So, I was surprised when I saw how alike it was to the version that I did in 1976.”

Streisand continued, but got even more brutally honest:

“I thought it was the wrong idea,” she said. “And look, it was a big success, I can’t argue with success. But I don’t care so much about success as I do about originality.”

Watch the full interview in the video below and let us know your thoughts!