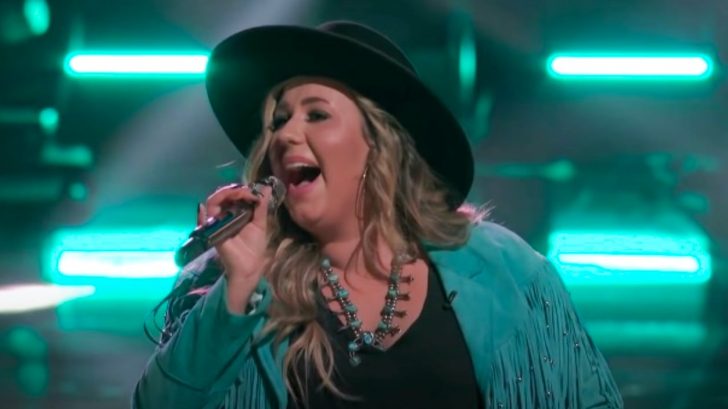 The Voice‘s Bailey Rae previously won the Wildcard Instant Save round to earn a spot in the Season 19 semifinals. She once again found herself competing for the Instant Save, this time with the goal of securing a spot in the finale.

Five artists competed in this particular Instant Save round. The person who won was granted the fifth and final place in the season finale (four artists had already been saved by the majority of viewers’ votes).

Once again, Rae took to the stage in the hopes of extending her time on The Voice. The Team Legend star decided to showcase her voice on a classic country staple…Hank Williams‘ “Your Cheatin’ Heart.”

Williams’ recording was released in 1953. A number of other artists were inspired to record covers of the tune, including Ray Charles, Elvis Presley, and Patsy Cline.

Someone who is as country as Rae surely has an appreciation for the rich history behind “Your Cheatin’ Heart.” She knew exactly how to deliver the song in a way that made the pain in the lyrics easy to understand and connect to.

But sadly, Rae’s performance of “Your Cheatin’ Heart” was her last time singing on The Voice. Team Blake’s Ian Flanigan ended up winning the Instant Save, which meant that Rae and three other artists were sent packing.

Even though she’s no longer competing, Rae is glad she made it as far as she did on show:

“forever grateful to @johnlegend and @NBCTheVoice for this amazing journey!” she wrote on Twitter. “the whole experience was a dream come true and i’m feeling beyond blessed!”

Viewers were certainly blessed to be able to hear Rae sing on The Voice. Tune in to the video below to watch her performance of “Your Cheatin’ Heart.”

We wish Rae the best in the future!