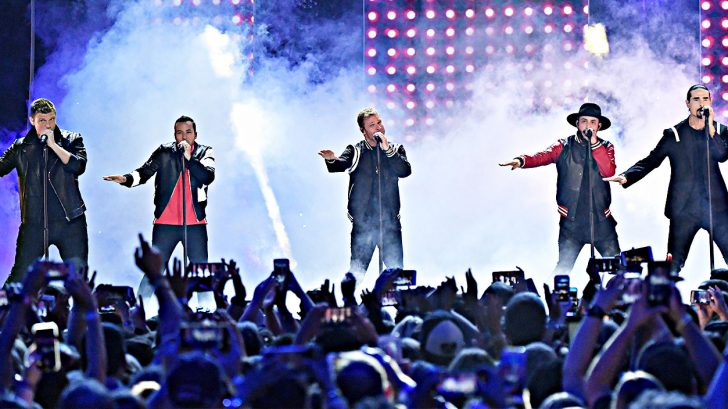 Mixing things up, this year’s CMT Music Awards brought famous pop sensation The Backstreet Boys on stage for a healthy dose of their latest hit song “Don’t Go Breaking My Heart” – a song with an unforgettable name, but nothing like the treasured Elton John hit.

The 2018 CMT Music Awards have been one of the year’s most-loved award shows for more than 50 years and always succeeds in picking some unforgettable performances for the event. This year was no different – and with so many fan-voted winners already giddy in their seats, there was no shortage of dancing and excitement!

Complete with a fog machine and their signature early-2000s dance moves, the Backstreet Boys made sure their performance was “Larger Than Life” – and didn’t disappoint anyone watching!

The Backstreet Boys have already made their entrance into country music with a collaboration on Florida Georgia Line’s track, “God, Your Mama, and Me” which debuted in 2017 and was a Top 100 hit for the band on U.S. music charts.

Check out this world-famous boy band and their brand new single “Don’t Go Breaking My Heart” below!