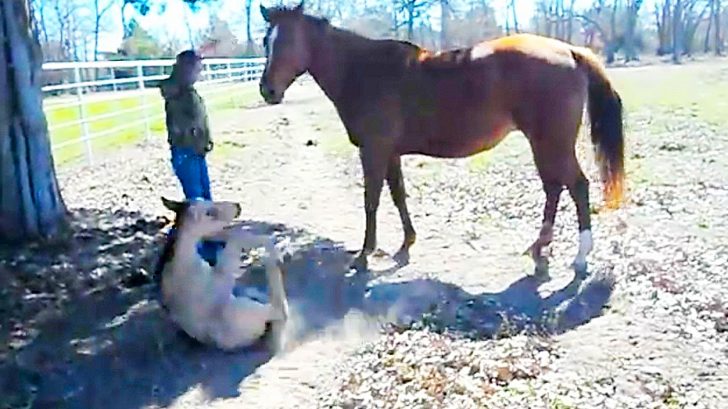 This is the cutest thing you will see all day – and will remind you to take a minute and enjoy the small things in life, for we only get a short time to do that! Taking place only a short time after to his birth, this adorable baby horse hysterically fell onto his tush after letting out a massive sneeze he didn’t know what to make of!

As the baby foal stood near his mother, his nose began to twitch and he was soon faced with a whole new sensation. Filming the entire event, his caretakers were just going out to check up on him as he was brand new to the world – but they never expected to catch this on film!

Catching something in his nostril, he breathed in deep before letting out a massive sneeze that sent him flying back onto his wobbly little legs – and he landed square on his butt in a moment that had everyone in a fit of laughter.

The women present for the tumble were beside themselves, giggling at the adorable occurrence that they were fortunately quick enough to catch on camera.

Be sure to enjoy a bit of the laughter below by checking out the recording!