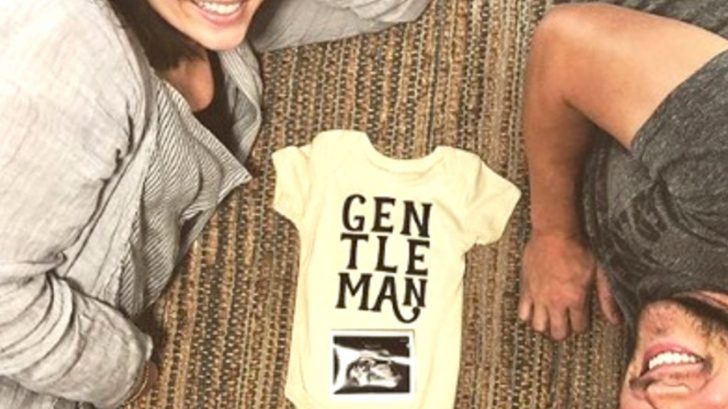 The world was first introduced to singer Phillip Phillips during Season 11 of American Idol. He wowed the judges with his renditions of “Superstition” and “Thriller.”

He went on to be the only contestant that year to never be in jeopardy, and was named the season’s champion in a record-breaking 132 million votes cast. His coronation song, “Home,” had the biggest digital sales week of any Idol champion’s winning single.

Post-Idol, Phillips married the love of his life, Hannah Blackwell, on October 24, 2015. They’ve maintained a pretty low-key lifestyle, but did have a huge announcement to share with the world on July 3.

In an Instagram post, they announced that they are expecting a son! Phillips shared a photo of him and his wife laying down next to a onesie that read, “Gentleman,” along with an ultrasound photo.

Phillip and Hannah sittin’ in a tree. K-I-S-S-I-N-G! First comes love, then comes marriage, then comes a baby in the baby carriage this fall! #P^3

Either way, we are so excited for Phillip and Hannah! Congratulations!