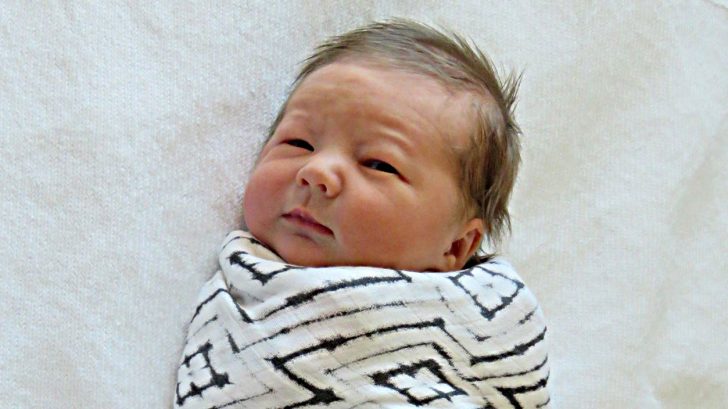 One of NASCAR‘s most famous families has just announced the birth of their newest member – and the racing community couldn’t be more excited for them!

Kyle Petty, son of “The King” Richard Petty, had first announced in December 2017 that he and his wife are were expecting their first child together sometime this summer. Well, now that day has come and their child is too precious for words!

Christmas came early for me this year! Morgan and I are expecting our first child together in June! I’m so excited I can hardly sleep! ?: Boonetown Story

Petty, already fathered three children with his first wife, Montgomery Lee Petty, 32, Austin Petty, 35, and Adam Petty who tragically passed away in 2000 after suffering a skull fracture during a practice session for the Busch 200. He was just 19.

I never forget his birthday… pic.twitter.com/zci5oEYtdO

Petty and Morgan have been married since December 12th, 2015 and she works as the executive director of his Kyle Petty Charity Ride Across America, while he continues in the motorsport industry as an analyst for NASCAR America.

As the day approached for the birth of the newest member of the Petty family, Kyle and Morgan couldn’t contain their excitement and shared it with fans on social media.

We’re less than a month away from meeting our Baby. Time has passed so fast. I’ve cherished every moment that Morgan and…

On Sunday, June 3rd, 2018 – Petty and his wife welcomed their beautiful new baby boy to the world! Petty, who celebrated his 58th birthday on Saturday, was greeted with the best birthday present a dad could ask for!

Little Overton Owens Petty appeared in his first public photo just a day old – and with a full head of hair! See the Petty’s beautiful new addition below and join us in congratulating them!

Morgan and I are SO Happy to welcome our son into our lives! Overton Owens Petty born 6-3-18! Baby and Mom are doing GREAT! We can’t wait for the adventure to begin! #prouddadandmom pic.twitter.com/ocqK7pEHqf