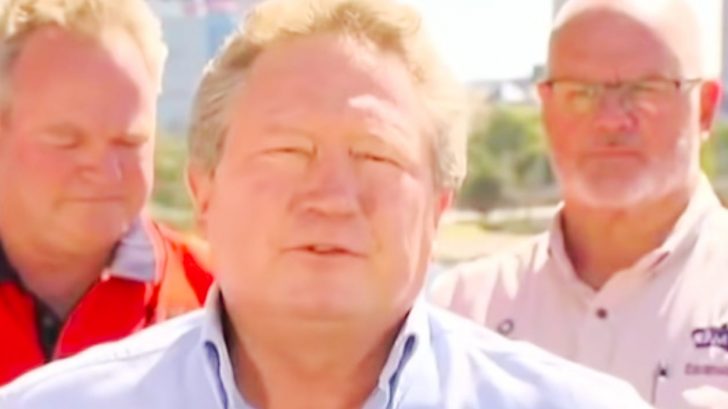 With fires continuing to rage throughout Australia, more celebrities and influential people are donating their time and money to the relief efforts.

Then you have the Irwins, who are currently treating an influx of injured and burned animals at their wildlife hospital. 16-year-old Robert Irwin recently discussed the plight of one particular animal, the fruit bat.

“We’ve seen hundreds of orphans needing care,” he wrote. “Bat intake is up by 750% at our wildlife hospital so we’re constructing new facilities to cope with the influx in numbers and sending out food and medicine to the carers on the frontline of the fires to ensure every animal gets a second chance.”

Millions of animals have sadly lost their lives in Australia’s bushfire crisis. We’re working hard to treat as many as we can. One of the species hardest hit in these fires are fruit bats, we’ve seen hundreds of orphans needing care. Bat intake is up by 750% at our wildlife hospital so we’re constructing new facilities to cope with the influx in numbers and sending out food and medicine to the carers on the frontline of the fires to ensure every animal gets a second chance. Thank you for your vital donations to save our beautiful wildlife. To support these efforts, check out the link in my bio. ?: @australiazoo

Ecologist Chris Dickman told the Huffington Post on January 6 that the estimated number of animals who lost their lives in the fires is high. “Over a billion would be a very conservative figure,” he said.

In addition, a January 6 report by NPR states that 25 people have died as a result of the fires.

Despite all of this devastation, Australians remain hopeful about their homeland’s recovery. Those hopes likely got a little higher after the fire relief effort recently received a powerful new champion.

Australian businessman Andrew “Twiggy” Forrest is the former CEO of Fortescue Metals Group and has connections to the mining and cattle industries. He is one of the world’s few billionaires, placing him in a good position to make a hefty donation to help his country recover from the fires.

Mining magnate Andrew Forrest and his wife Nicola have pledged $70 million to the response and recovery of the ongoing bushfire crisis. Full media conference on the 7NEWS YouTube: https://t.co/oFdbOAq1ji #7NEWS pic.twitter.com/QX5aA7k6ZE

“With incredible courage and determination, Australians have united to help those devastated by these bushfires,” vt. quotes Forrest as saying. “We recognize that we don’t have all the answers, but we want to understand what communities need and do our bit to help them.”

ABC reports that Forrest will distribute his donation through his Minderoo Foundation.

$50 million of Forrest’s donation will be used in the creation of a “national blueprint.” It is the hope that this blueprint will help establish the best ways of dealing with future fires.

The remaining $20 million of Forrest’s donation will go toward a volunteer army. His plans include deploying 1,200 people to provide aide to those who have been affected by the fires.

You can learn more about Forrest’s generous donation by tuning in to the video below.

Our thoughts and prayers remain with Australia during this difficult time.