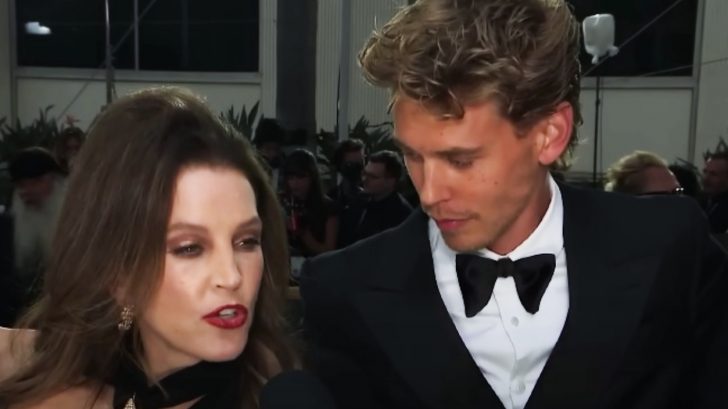 Oscar nominations were announced on Tuesday morning (January 24). The Baz Luhrmann-directed Elvis movie earned a total of seven nominations, including a nod for Best Picture.

In addition, the film’s star, Austin Butler, received a nomination for Best Actor.

The news comes during a sad time for the Elvis cast and crew. Lisa Marie Presley, the only child of Elvis and Priscilla Presley, passed away on January 12 at the age of 54.

Just two days before her passing, Lisa Marie attended the Golden Globe Awards with her mother. They watched from the audience as Austin accepted the award for Best Actor in a Motion Picture – Drama.

Lisa Marie was always a vocal supporter of Austin and the Elvis movie. In May 2022, she said:

“Austin Butler channeled and embodied my father’s heart and soul beautifully. In my humble opinion, his performance is unprecedented and FINALLY done accurately and respectfully. (If he doesn’t get an Oscar for this, I will eat my own foot, haha.)”

Sadly, Lisa Marie is no longer with us to see if Austin ends up winning an Oscar.

After the Oscar nominations were announced, The Hollywood Reporter spoke to Austin to get his reaction to the news. He used the time to remember Lisa Marie, saying:

“[This role] seemed as though it was this impossible mountain to climb in front of me. There were so many pitfalls and so I just was focusing on one step at a time. And really the thing for me was just honoring the life of this man and his family. And that’s why those moments when Lisa Marie and Priscilla got to see the film and then I first saw them after… nothing I would do would ever top that. And especially with Lisa Marie not being here with us. I just wish she was here to celebrate today with us.”

Austin said Lisa Marie was “the most straightforward and supportive person.” Looking back, he’s incredibly thankful he had the chance to spend so much time with her because of his role in Elvis.

“It really puts things in perspective to where ultimately, the thing I’m most grateful for is that I was able to spend the time that I had with Lisa Marie, and also the time that I had in getting to live for three years exploring the life of her father. When I see moments like today or when I feel moments like today, I have to really take a second to go, ‘Okay, this is this is something to be really grateful for.’ But nothing compares to that moment I looked in her eyes after she first saw the film, where she told me how much it meant to her. I’ll really cherish that for the rest of my life.”

Hear Austin speak more about his Oscar nomination and Lisa Marie in the video below.