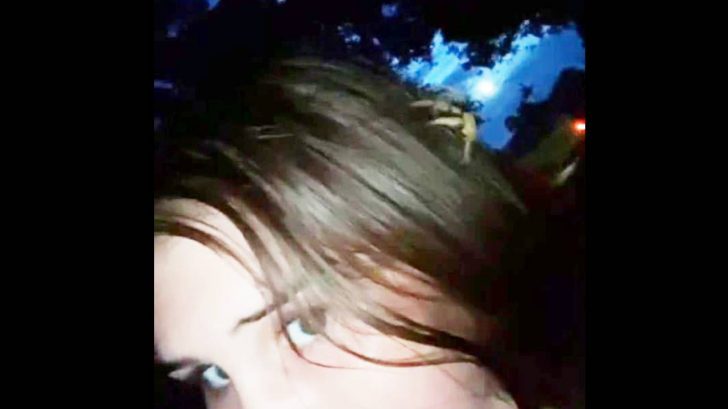 It’s official – we are NOT moving to Australia. We thought the land down under was a beautiful place filled with incredible animals like kangaroos and koalas, but lately all we’ve seen are terrifying videos of massive spiders!

Take this video, for example. A woman in Sydney, Australia walked into her daughter’s room and found a swarm of baby huntsman spiders crawling on the ceiling and walls!

Recently, a young woman took her dog for a walk and accidentally walked through a spider web under a tree. She used her camera as a mirror to see if she got the web out of her hair when she discovered a huge spider in her hair.

The minute she saw it she began screaming and sprinted the half block remaining of her walk with her pup. As soon as she got into her apartment, she jumped in the shower – fully clothed – to make sure the spider was gone. Luckily for us, she filmed the whole thing.

“I just sprinted all the way home from half the block because I tried to get it off my head,” she said. “I don’t know if it’s gone.”

While we don’t know what type of spider this was, the Daily Mail described the spider as “massive.”