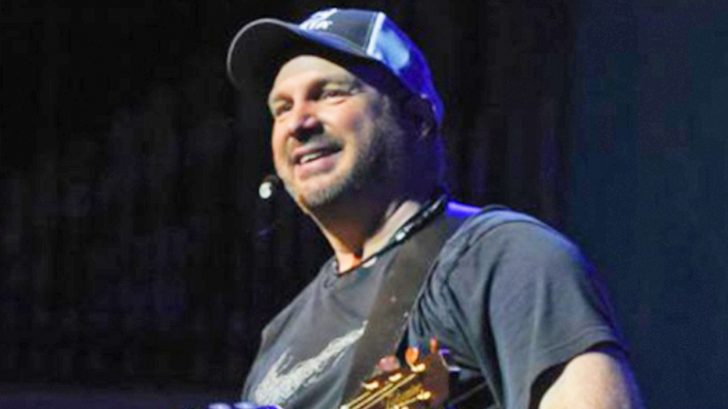 Belmont University’s 6th Annual Homecoming in the Round concert was held on in February 2018. Every year, the event is put on and hosted by Belmont alumni and songwriter Gordon Kennedy, who is known for penning Eric Clapton’s “Change the World,” and Reba’s first top five single “Today All Over Again,” as well as her first ever number one hit, “Can’t Even Get The Blues.”

Other alumni performed some of their number one songs including Matt Dragstrem, who is responsible for Kenny Chesney’s “Rock Bottom,” Florida Georgia Line’s “Sippin’ On Fire,” and Justin Moore’s “You Look Like I Need A Drink.”

Kennedy dedicated his performance of his best known hit, “Change the World,” to the late Billy Graham before telling the crowd he had an incredible surprise for them. While the man he brought out next was not a Belmont alumni, he is the proud father of a Belmont student and the husband of an alumna.

No one expected Garth Brooks to walk out on stage, but when he did, everyone went wild. Brooks didn’t just stop by to say hi and play one song, he spent 90 minutes on stage telling stories of how he became a singer-songwriter and answered questions from the audience.

One question that stood out to Brooks was a student asking him, “How do you know when a song is finished?”

He responded, “For me, if I didn’t have a deadline I’d never finish anything… Don’t be lazy. You are not writers, you are re-writers. Write it, then back up the truck and run over it. Keep doing that until it’s smooth as glass.”

Brooks spoke about the artists he grew up listening to (Merle Haggard, George Jones, Aretha Franklin), who he is influenced by (Keith Whitley, James Taylor, George Strait), and who he is listening to currently (Hunter Hayes, Midland, Ed Sheeran, Lady Gaga).

He also performed several of his hits including “The Dance,” “Middle of a Mermory,” and “Standing Outside the Fire.” Brooks closed out the evening with a performance of his 1990 number one hit, “Friends In Low Places.” Watch it below.