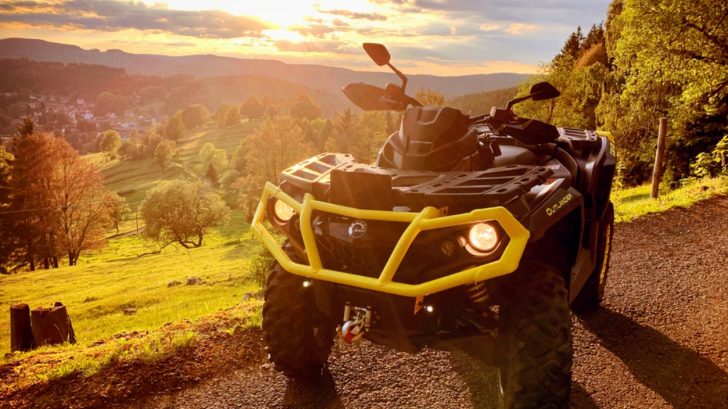 53-year-old Frank Reynolds from Gillette, Wyoming was rescued after being trapped under his all-terrain vehicle after it flipped over onto him. He was trying to round up a cow and calf.

The rancher said he was on a neighbor’s pasture just outside Gillette when the vehicle tipped over on him, and that was on July 4th.

“It was scary as hell is what it was,” Frank told AP News on July 7th from a hospital bed.

He explained that he honked the horn on the ATV many times trying to get help from the neighbors. He managed to survive on one Keystone Light beer and two bottled water for two days until he was found.

His family thought that he had gone camping with his friends, Quentin Reynolds, the Campbell County undersheriff and also Frank’s brother said. Don Hamm, a neighbor heard about him being missing and started searching for him on horseback.

Fortunately, Don found him around 8am on Tuesday and said that Frank was out of it by that point.

“Everything on the left side pretty much hurt, from the top of my head to my toes,” Frank said.

Officials say that he will spend a few days in the hospital until he makes a full recovery then will be released.