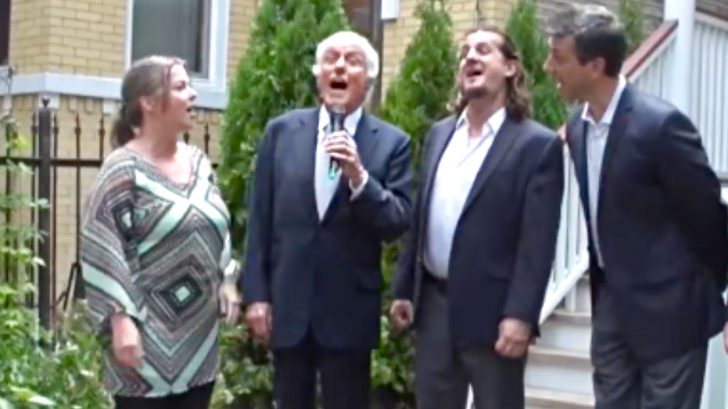 While Dick Van Dyke might be in his 90s, the icon is still blessing the internet with wholesome content.

Van Dyke is famous for his talents in acting, comedy, music, and much more. One of Van Dyke’s most famous works is the beloved 1964 Disney Movie, Mary Poppins. In the film, Van Dyke portrayed Bert, the “Match Man.” Bert was a jack-of-all-trades and spoke with a Cockney accent. Audiences treasured the character, and Van Dyke received a Golden Globe nomination for his performance.

During a visit to Walt Disney’s birthplace in Chicago, Van Dyke led an impromptu performance of “Let’s Go Fly a Kite” from Marry Poppins. The site hosts a creativity center for children, but at the time, the home was undergoing restoration. Despite the construction, a large crowd gathered near the former home.

Van Dyke’s wife, Arlene, and his acapella group, the Vantastix, quickly joined in on the song. The smooth performance of the song was a once-in-a-lifetime experience for the crowd members, who joined in on the musical singalong.

Watch the full performance in the clip below.

For more on Van Dyke and his impressive career in entertainment, check out the following video.