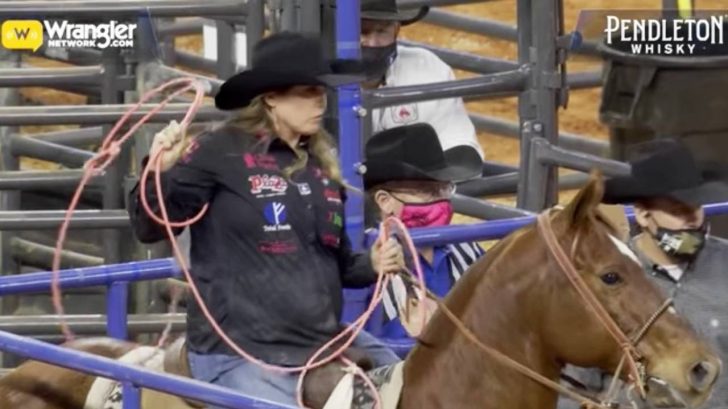 One of the most talked about competitors of the day is named Jackie Crawford. She recorded an impressive 1.9 second run during the first round of competition. Her ride was so fast that she was awarded the first-ever Betty Gayle Cooper Ratliff Fast-Time Award.

The National Cowgirl Museum and Hall of Fame presented the award, which is named in honor of Betty Gayle Cooper Ratliff, a Hall of Fame cowgirl. The award was created to celebrate breakaway roping, which is considered a “groundbreaking all-women’s event,” and its fastest time in the first round.

Crawford said she knew she had to get an impressive time when two previous competitors both recorded 2-second flat times. She figured they’d split the award, but she beat them by .1 second!

Crawford has 19 roping titles, but this award might mean the most to her because she did it while six-months pregnant with a baby girl, who she calls a “future breakaway roper.”

Watch her impressive 1.9 second run below.