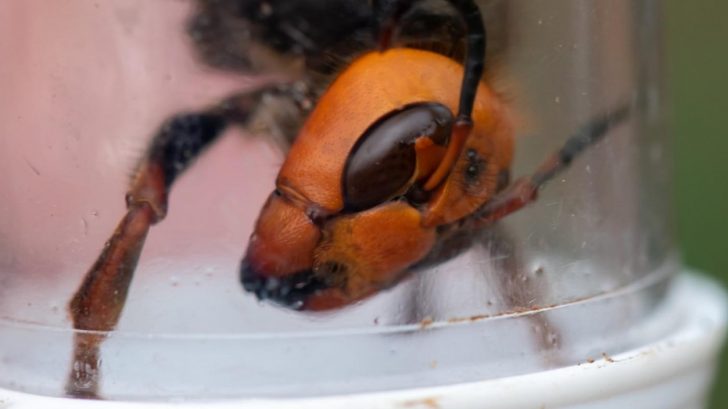 The Washington State Department of Agriculture has done an amazing job at capturing, tracking, finding, and eradicating the first-ever Asian giant hornet’s nest in the U.S.

A few photos from the #AsianGiantHornet nest for your weekend! Looking forward to seeing your AGH-related Halloween costumes. Are you team #hornet or team #hornethunter? Be sure to tag us in your costume pics!

Posted by Washington State Department of Agriculture on Friday, October 30, 2020

They made an attempt in tracking an Asian giant hornet back in October, according to their Facebook page, and was successful at leading a team of experts to the nest. WSDA shared footage of a hornet leaving one of the trees that they had made their nest after finding where it was located.

The WSDA Pest Program sent a team of professionals who ultimately decided to vacuum the hornets out of the nest with industrial vacuums. Many specimens were collected and they were a bit surprised to see that many of the hornets were able to survive the vacuuming.

WSDA cut down the tree and brought it back to the lab to dissect and collect more data about the hornets. They are hoping they can learn more about them so they can prevent them from invading America. Check out the video below to watch them open up the hornet’s nest.