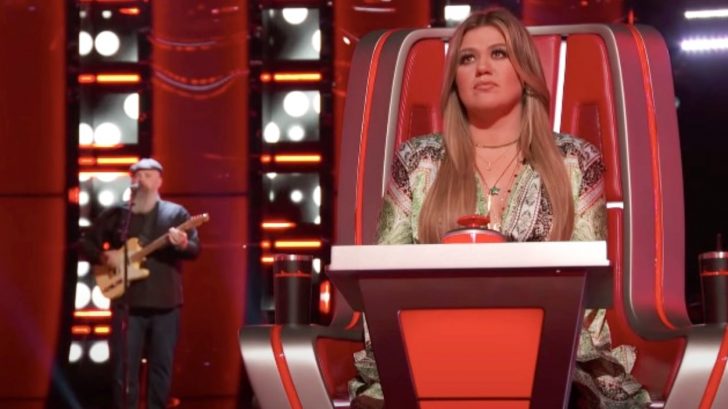 As the Season 21 blind auditions came to a close, Kelly Clarkson was the only Voice coach with a spot left on her team. So anyone who took to the stage had to impress her in order to make it on the show.

But when Joe McGuinness began singing during his audition, he didn’t know that the other three coaches’ teams were full.

McGuinness aimed to please the coaches with his rendition of the Allman Brothers Band’s iconic song, “Midnight Rider.” The track was released as a single in 1971.

Although the original version of the song never landed on the chart, it became a hit for artists such as Willie Nelson, Joe Cocker, and a solo Gregg Allman.

McGuinness gave his performance of “Midnight Rider” a lot of pizzaz. Blake Shelton could be seen bopping along to the music, and Ariana Grande seemed impressed by one of the notes McGuinness hit.

But it didn’t matter what they thought of his performance. All eyes were on Clarkson, since she was the only one with a spot free on her team.

Since she only had one spot left, Clarkson was being particular with who she chose to fill it. Even though she enjoyed McGuinness’ performance, she felt like he wasn’t the right fit for her team. By the time he finished his performance, Clarkson’s chair remained unturned.

Still, Clarkson made it clear she was a fan of McGuinness’ sound:

“I would be one of those people drinking and like singing at the top of my lungs with you at the bar,” Clarkson said.

“Yeah me and Kelly are coming to your next gig,” added Grande.

There’s no denying the fact that McGuinness put on a powerful performance. Check it out below.

Although he didn’t get any chairs to turn, McGuinness should feel proud knowing he gave his audition his best shot!