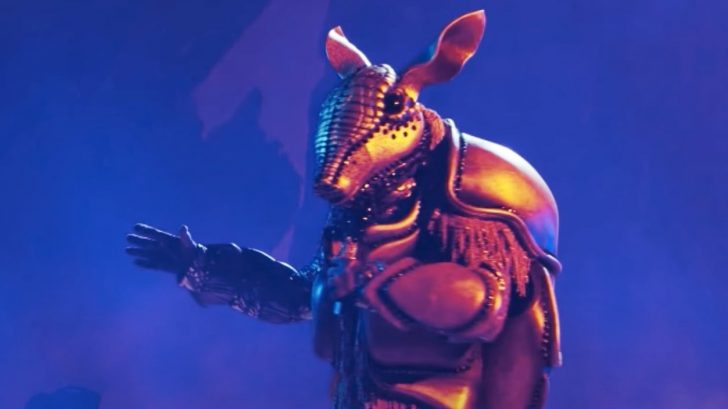 SPOILERS AHEAD FOR THE APRIL 13 EPISODE OF THE MASKED SINGER

Fans who tune in to The Masked Singer are usually pretty good at figuring out the identities of the contestants. During the current season, most everyone had the Armadillo’s identity figured out from the get-go.

The Armadillo’s clue packages all seemed to hint toward him being Duane Chapman…AKA Dog the Bounty Hunter. Then when viewers heard Armadillo sing, it made his identity all the more obvious. Dog’s voice is just that recognizable!

Armadillo was one of the contestants eliminated during a double elimination round on Wednesday night’s (April 13) episode. He finally removed his mask, revealing what fans had suspected all along…he was Dog the Bounty Hunter!

Dog spoke with HollywoodLife about his experience on the show, saying:

“It’s one of the first times where I got to lay down the clues instead of finding them because that’s what I do, right? And I was like, ‘Oh, I could get away from anybody. This is so much fun.’ I was amazed that I went as long as I did without getting number one, booted, and number two, guessed.”

Before he was eliminated and unmasked, Dog delivered one final performance as the Armadillo. He sang “Amazing Grace,” which was one of his mother’s favorite songs:

“I am trying to be a Christian, so we negotiated a Christian song and that song happened to be my mother’s most favorite,” Dog said. “It really was very emotional for me to show my faith…“

Many people got emotional while watching Dog sing “Amazing Grace.” The performance even made judge Nicole Scherzinger cry.

Watch Dog sing “Amazing Grace” as the Armadillo on The Masked Singer by tuning in to the video below.