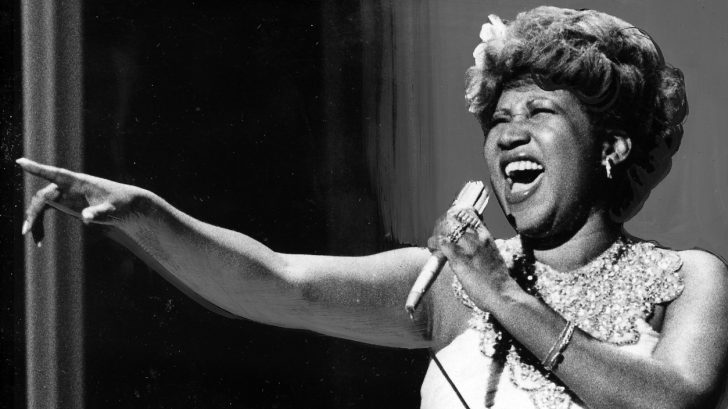 Just one day after the news broke she was gravely ill and surrounded by family in hospice care, her family has broken their silence and spoken publicly about the Queen of Soul for the first time…

Known worldwide and with a name that is instantly recognizable (even to some of the youngest generations), Aretha Franklin is a true legend and musical icon. Sadly, her health has declined rapidly in the last several months and now her family appeared concerned she would not make it.

BREAKING NEWS: I am so saddened to report that the Queen of Soul and my good friend, Aretha Franklin is gravely ill. I spoke with her family members this morning. She is asking for your prayers at this time. I’ll have more details as I’m allowed to release.

Roger Friedman, with Showbiz411, first reported that she was “gravely ill” on Sunday, August 12th 2018, adding that her family has asked for “prayers and privacy” during this time.

A close friend to Franklin and journalist Roland Smith tweeted a photo of himself and Franklin. Alongside the photo, he confirmed news of Franklin’s declining health and grave condition.

“Many of you are asking me to confirm the health status of @ArethaFranklin. Folks, I’ve known for several months. The Queen is surrounded by loved ones. That’s all I will say for now. Please keep her, the family and her longtime support staff in your prayers.”

Many of you are asking me to confirm the health status of @ArethaFranklin. Folks, I’ve known for several months. The Queen is surrounded by loved ones. That’s all I will say for now. Please keep her, the family and her longtime support staff in your prayers. pic.twitter.com/F6nMjHQjlP

Aretha has battled several health issues over the last few years, but often kept her personal life out of the public eye and even continued performing up until she retired last year.

In a first-ever interview about her condition, Franklin’s nephew Tim Franklin, opened up about her current state as she is in home hospice care.

“I saw her a week ago Friday and we talked for about 45 minutes to an hour. My brother was there on Saturday and she was alert, talking, laughing, joking,” he explained to People Magazine. “She’s watching TV, so god forbid she sees all of this ‘Aretha’s dead,’ so I don’t want to dampen her spirits on that.”

Many outlets have reported on her grave condition and while she may have fallen deeply ill in recent days, the family still clings to hope.

Our thoughts and prayers remain with Aretha Franklin and her family during this terrifying time.