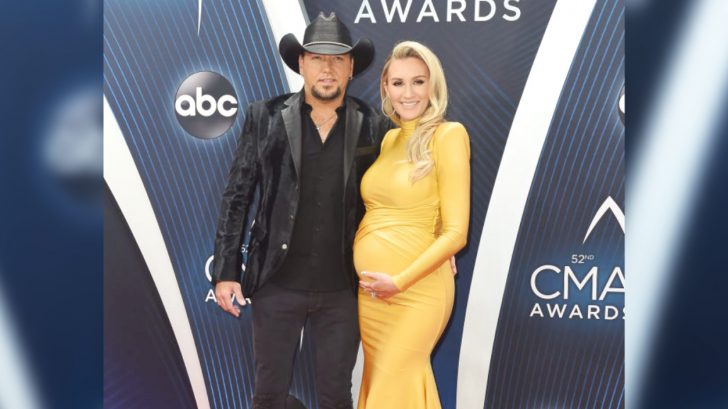 Why The Aldeans Planned Two Babies So Close Together

Jason and Brittany Aldean‘s son, Memphis, was only seven months old when the couple announced they were expecting their second child together. They got Memphis involved in the joyous announcement, with each one of them sharing a photo of the little tyke wearing a “Big Brother” onesie.

During an interview with People, Jason explained that he and Brittany had planned to have Memphis and their second child close together. He said that when Memphis was born, the two of them already knew they wanted another child, so they decided to have one sooner rather than later.

“I would much rather knock it out now while we’re used to having one in diapers and formula and all of that,” he said. “I think it’s tougher when you get out of that and wait a couple years and then have to go redo it all…We just wanted them to be close in age, and we figured we’re already in that mindset now, so why not?“

Jason and Brittany eventually revealed they are expecting a girl, and that her name will be Navy Rome. The latter piece of news was revealed at the couple’s baby shower in early November.

Are There More Aldean Babies In The Future?

Obviously, the Aldeans thought in advance when it came to planning the birth of their second child. Because of this, fans can’t help but wonder if they already have plans in place for more children after Navy arrives.

Jason has the answer to that question. Well, it’s at least his answer!

During an interview with SiriusXM’s Storme Warren, Jason said that if he has things his way, he and Brittany will be done having children once Navy makes her way into the world.

“I think this is officially the end of my baby-making days,” he said. “If I’ve got anything to do with it, it is.”

Keep in mind that Jason already has two daughters from his previous marriage, Keeley and Kendyl. So we can understand why he’d want to stop at four kids total!

Soon To Be “Outnumbered”

With Navy joining the family in early 2019, Jason can’t help but joke about how outnumbered he and Memphis are going to be whenever Keeley and Kendyl are over.

And we’re excited for them! We can’t wait for baby Navy to make her way into this world!

Who knows, maybe Jason will end up changing his mind and he and Brittany will have another little one in the future. Based on what he had to say in his SiriusXM interview, we’re sure he’d secretly like to have another boy around the house!