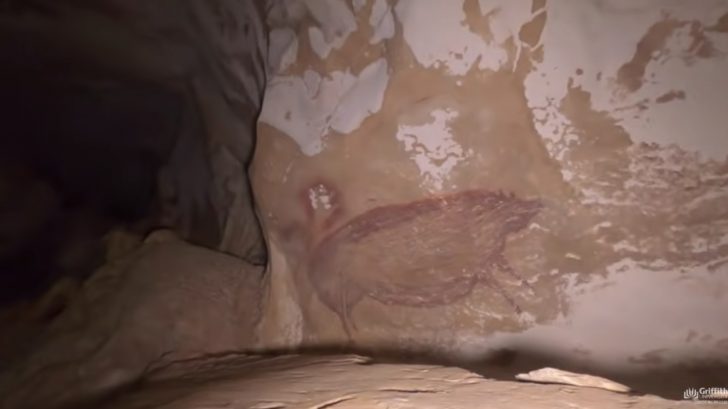 Archaeologist Basran Burhan was with a group of Griffith University archaeologists on the island of Sulawesi in Indonesia when they found what appears to be the world’s oldest cave painting known to man.

The cave paintings were discovered hidden away in a remote Leang Tedongnge cave and were paintings of wild pigs said to have been painted over 45,500 years ago.

“The Sulawesi warty pig painting we found in the limestone cave of Leang Tedongnge is now the earliest known representational work of art in the world, as far as we are aware,” Professor Adam Brumm from Griffith’s Australian Research Centre for Human Evolution and co-leader of the Griffith-ARKENAS team said, according to Griffith University.

The archaeologists pointed out that 45,500 years ago is actually the minimum date and that the paintings could, in fact, be as old as 60,000 years to 65,000 years old.

The scientists said they were able to tell the age of the paintings by analyzing the build-up of mineral deposits on the cave artwork.

In comparison, one of the most famous cave paintings of all time is in the Lascaux cave complex located in France, and that cave painting is only 17,000 years old.

The discovery was made by archaeologist Basran Burhan, who is a doctoral student and co-author of the study and is part of a team that includes researchers from Griffith University in Australia and Indonesia’s leading archaeological research center, Pusat Penelitian Arkeologi Nasional (ARKENAS).

“Humans have hunted Sulawesi warty pigs for tens of thousands of years,” Burhan said in a report by the University. “These pigs were the most commonly portrayed animal in the ice age rock art of the island, suggesting they have long been valued both as food and a focus of creative thinking and artistic expression.”

The paintings of the warty pig are about 53 inches by 21 inches in size and were made using dark red ochre pigment. The paintings even show the pigs having upright hair and horn-like warts on the face, just like the adults of this species are known for.

In addition to the pigs, there were also two hand prints that can be seen by the pig’s hindquarters and were most likely left there by Homo sapiens, rather than other human ancestors like the Denisovans. Burhan said they will be extracting DNA samples of the handprints to get more accurate readings on them.

More About The Cave Paintings In The Video Below