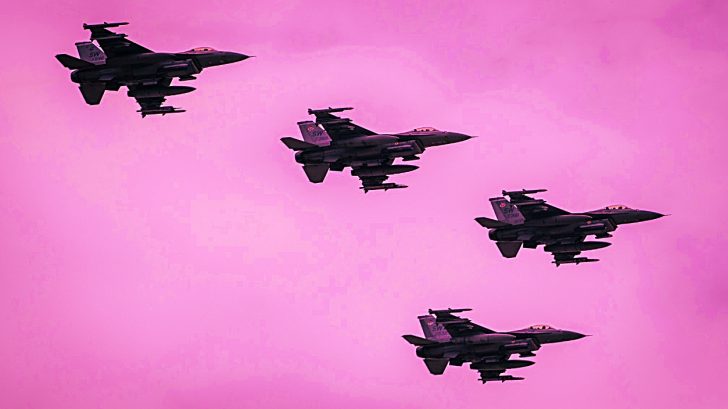 Unfortunately, the past two months have not been very good for the US Air Force, especially after hearing about another fighter jet that crashed on Monday, July 13th, 2020.

A U.S. Air Force F-16 Viper assigned to the 49th Wing crashed during landing at Holloman AFB at approximately 1800 MDT…

An F-16CM Viper was returning to Holloman Air Force Base in New Mexico after doing a routine training mission when the fighter jet crashed around 6:00pm as it attempted to land at the base.

In a press release from the Air Force base, the pilot was able to successfully eject from the plane before it made an impact with the ground and is currently being treated for minor injuries.

In the release, it said that the pilot was with the 49th Wing division and the crash is currently under investigation. It’s just strange that so many fighter jet mishaps have been happening here lately, five crashes and two deaths within two months, interesting.

It was just two weeks ago that Air Force Commander Larry Sullivan gave a public statement confirming that 1st Lt David Schmitz from the 77th Fighter Squadron died after going down in a crash at Shaw Air Force Base in South Carolina. It’s extremely unfortunate because these planes aren’t cheap and the pilot’s deaths are devastating to the family, friends, and fellow soldiers.