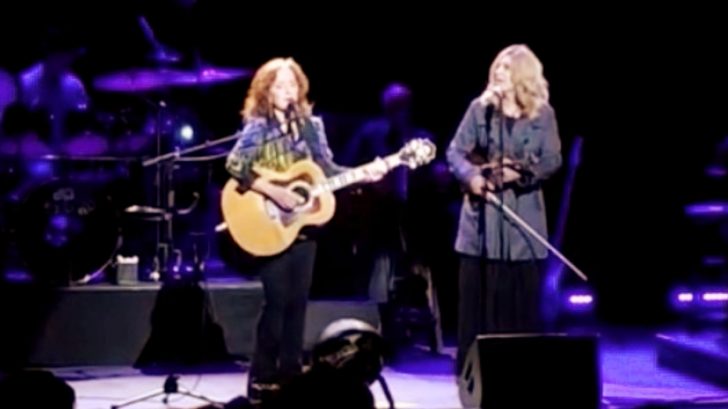 John Prine had previous success with a song he wrote “about old people,” titled “Hello In There.” As Prine explained in an interview with Blue Railroad, a friend thought he should write another song that played on the same theme, so he did.

That song became “Angel from Montgomery,” which tells the tale of a middle-aged woman who feels older than her age. Prine explained that he felt the urge to include Montgomery in the song since Hank Williams had close ties to the city and it serves as his final resting place.

Prine released his original recording of “Angel from Montgomery” in 1971.

Despite Prine’s previous success with a song about old people, “Angel from Montgomery” was not an immediate hit. But it did catch on with other artists, and cover versions started pouring in.

In 1974, blues/rock artist Bonnie Raitt reimagined the song for her album Streetlights. Her version was a huge success, despite the fact it was never released as a single.

It was Raitt who put the song on the map, and dozens of other covers followed after hers.

Now, years after Raitt’s version of the song was released, her rendition remains one of the most popular. It has been a staple of her show sets for years.

As a member of Willie Nelson‘s Outlaw Music Festival tour, Raitt performed the song during their show at the Saratoga Springs Performing Arts Center. But she wasn’t alone.

Raitt was joined by country/bluegrass icon Alison Krauss, who performed the song with her as a duet.

The pair’s performance can best be described as “breathtaking.” The contrast between Raitt’s raspy tone and Krauss’s delicate voice resulted in the creation of a unique sound.

We never would have thought to pair the two of them on a song, but the combination works like magic!

Some audience members managed to capture portions of the performance on film, which you can watch below. As one video poster remarked, the whole duet was “a real treat” to witness.

If you weren’t there to see this duet in person, you’ll wish you had been!