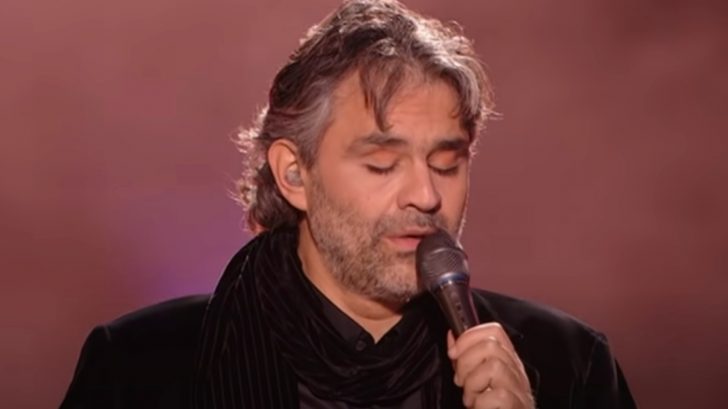 Many artists have covered Elvis Presley’s spine-tingling love ballad “Can’t Help Falling in Love,” but none can quite compare to Andrea Bocelli’s.

Music producer David Foster accompanied the legend on the piano while Bocelli moved the audience to complete speechlessness with his triumphant vocals.

“We are in Las Vegas, the entertainment capital of the world,” announced Foster. “There’s got to be a song that you could pull out of your hat that is very appropriate and right for this occasion being in Las Vegas.”

Bocelli responded by showing Foster a tune to play on the piano for his performance. Hesitantly, Foster mimicked the tune before Bocelli began singing the iconic love song, taking the breath of the audience away with the very first line.

Andrea Bocelli is an Italian crossover artist and has recorded fifteen solo studio albums, selling over 80 million records worldwide. Bocelli has been honored with a star on the Hollywood Walk of Fame and holds the record for biggest-selling classical crossover album with Sacred Arias which alone sold 20 million copies worldwide.

Watch the dreamy cover of “Can’t Help Falling in Love With You” and let us know what you think in the comments!