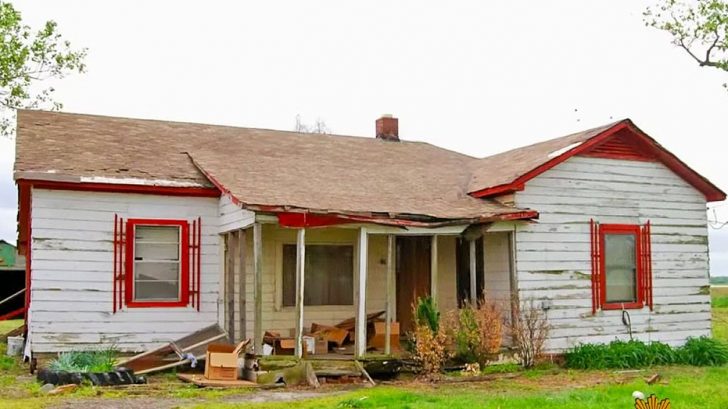 Thanks to Arkansas State University, the boyhood home of country legend Johnny Cash has been restored and is now listed on the National Register of Historic Places. The University purchased the home and pledge funds to restore and maintain the historic property.

He Moved To The Home At Age 3

Dyess, the community in which Cash lived from age three (1935) through high school, boasts a population of 400 and a few and sits about 50 miles north of Memphis. As described to CBS by Rosanne Cash, daughter of the iconic singer, “It was five rooms with a potential bathroom.”

The bathroom never materialized, nor did the indoor plumbing, but the house was full of memories, both good and bad.

He Shared A Bedroom With Three Siblings

Cash, the fourth of seven children, shared a bedroom with his best friend and brother, Jack as well as two other siblings, Louise and Reba.

Dyess was barely on the map when the Cash family moved there and Johnny, then called by his real name J.R., walked two miles down a dirt road to school each day.

It was while living in that same house, Cash experienced one of his greatest losses – that of his hero and brother, Jack. Jack was pulled into a whirling head saw in the mill where he worked and was almost cut in half. The older brother of the legend suffered for more than a week before finally passing away on May 20, 1944 at the age of 15. It was a moment Cash would never forget.

As you walk the path with Cash’s eldest daughter, you can get a sense of the how well a large family fit into the small home. She sensed a kind of weight and sadness about the home.

“This would have meant more to him than any Grammy, any gold record,” she said, referring to the restoration of the abandoned homestead.

The harsh environment during his upbringing in Dyess is said to have had a profound influence on the country icon’s life and work.

At least two of Cash’s songs, “Five Feet High and Rising,” about a flood that struck the area in 1937, and “Pickin’ Time,” were based on Cash’s experience in Dyess.

Take a look at this video and get a feel for what Johnny Cash’s childhood was like. Does it give you a feel for how it impacted his life and music?