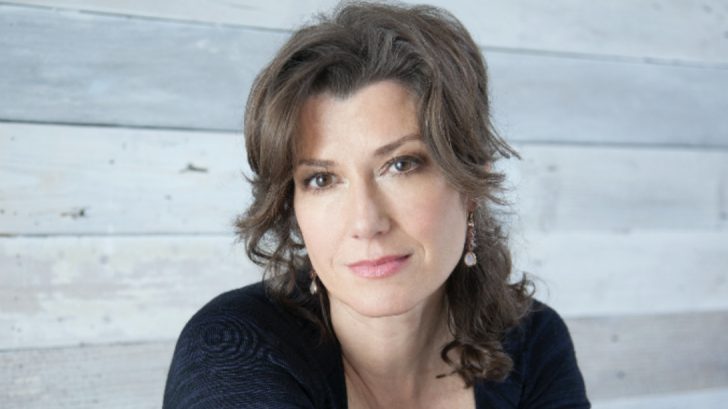 Amy Grant is recovering at a Nashville hospital after sustaining injuries in a bicycle accident on Wednesday (July 27).

The 61-year-old musician was riding her bike with a friend near the Harpeth Hills Golf Course south of Nashville Wednesday afternoon when she fell. Grant was transported via ambulance to Vanderbilt University Medical Center in Nashville for treatment and was admitted in stable condition with “cuts, lacerations and bruises,” her team told local media at the time.

On Thursday, the “Baby, Baby” singer’s team posted an update on her condition to social media and thanked fans for their prayers and supports.

“Thank you to all those offering prayers and well wishes for Amy after her bike crash yesterday,” the post reads. “She is in the hospital receiving treatment, but is in stable condition. She is expected to go home later this week where she can continue to heal. Your kind thoughts and heartfelt prayers are felt and received. Amy was wearing her helmet and we would remind you to all do the same!”

Grant’s husband of 22 years, country star Vince Gill, has canceled his upcoming concerts in order to be with his wife, according to Country Now.

Gill has canceled three concerts due to an “unforeseen family emergency.” Those dates include concerts scheduled for Thursday, July 28 in Charlotte, North Carolina, Friday, July 29, and Saturday, July 30 in Tysons, Virginia.

Amy Grant’s bike accident comes two years after she underwent “a preemptive procedure, intended to fix a genetic heart condition discovered by accident.” She was encouraged to get some tests done on her heart in 2019 while at a routine checkup with her husband. Those tests showed a dangerous birth defect called partial anomalous pulmonary venous return (PAPVR), which can be disastrous if left untreated.

“They were doing an ultrasound of my heart and the doctor came in. He said, ‘Vince, this is the kind of situation where Amy would be “fine, fine, fine” and then one day it would be catastrophic,’” she said. “And we don’t know when that would be, but it would have been sooner rather than later.”

Grant’s surgery was a success and she considers her recovery a miracle.

We continue to send our prayers and well wishes to Amy Grant as she recovers.