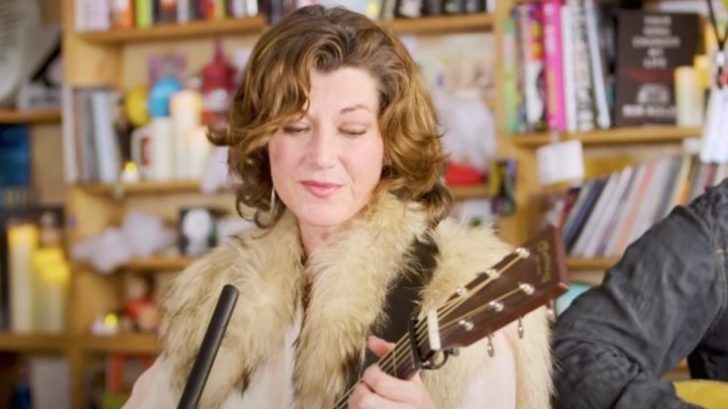 In July, Amy Grant was riding her bicycle when she struck a pothole and suffered an accident. As her husband Vince Gill shared, Grant lost consciousness for 10-15 minutes following the accident.

Grant was briefly hospitalized while she was treated for her injuries. Once Grant was resting at home, her team announced the postponement of all of her August concerts.

Grant’s team later announced the postponement of her September and October concerts too. They said Grant hoped to be well enough to kick off her Christmas Tour with Michael W. Smith in November.

In a statement shared one month after her accident, Grant said:

“I want to say thank you to everyone who has written me a note, sent flowers or gifts, or said a prayer on my behalf. I’m one month into a recovery that has held so many unexpected hidden gifts. On the advice of my doctors and other friends who have been through similar experiences of recovery, I am choosing to give myself the gift of a very simple fall season.”

After recovering during that “simple fall season,” Grant was ready to get back onstage. Fans rejoiced when she started sharing photos from rehearsals for her Christmas Tour in mid-November.

Grant made her long-awaited return to the stage on Saturday (November 26) in Memphis, Tennessee. The performance came four months after her accident. She shared a post about the concert, writing:

“Thank you Memphis! After a season of healing at home, it was good to be back on stage with Michael W. Smith, Michael Tait and my musical family…Thank YOU for your many prayers over the last few months and as my healing continues. I hope to see some of your familiar faces in the audience over the next few weeks. Xo.”

You can read Grant’s full post and see a photo from her performance below. We’re so happy to see her doing well!