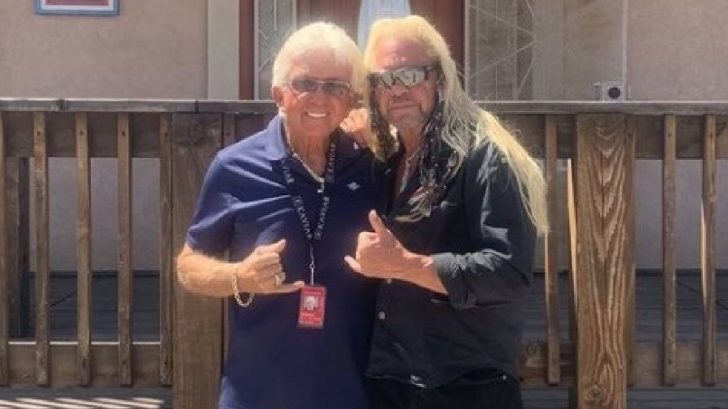 Five months after his show Dog Unleashed was cancelled before a single episode aired on the Unleashed network.

They continued, “We greatly respect the incredible work of Duane Chapman (AKA Dog the Bounty Hunter) tracking down and bringing fugitives to justice.  Unfortunately, Unleashed Entertainment received reports of actions taken by Mr. Chapman during the show’s production that breach our contractual agreements.”

Five months later, Dog is still entangled in some drama with the network. He is getting married on September 2nd and two of his daughters, Cecily and Bonnie, were not invited.

Dog told TMZ that he thinks Bonnie is just trying to “derail” his wedding. He also said he believes they are being “groomed” by his former employers, Unleashed Entertainment. Bonnie thinks her dad has taken issue with her because she works on the show The System, which focuses on racial justice and supporting Black Lives Matter, which her father apparently doesn’t agree with.

Now, Dog has revealed on Instagram that he is working on yet another new show, which has the title Beware of Dog.

He shared a photo of himself and one of his friends, Bobby Brown, standing in front of Bobby’s Bail Bonds store. Dog wrote, “Yes, One of my best friends Bobby Brown will be part of My new show Beware Of Dog, Coming Soon !!!!”

We knew Dog wouldn’t stay down for too long! We’re excited to see what the show will look like. Will you watch it?