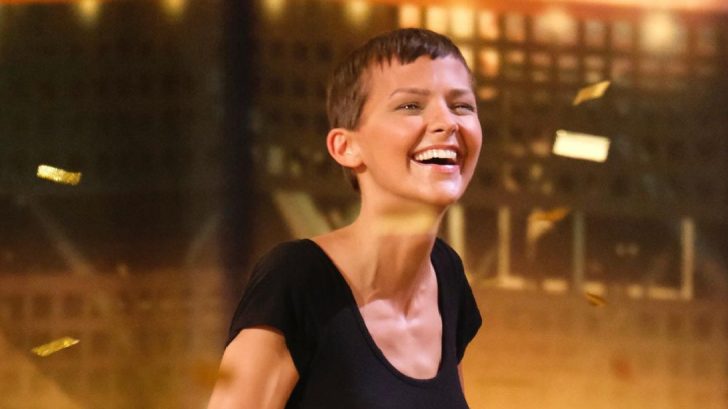 Former America’s Got Talent contestant Jane “Nightbirde” Marczewski died Sunday, February 20, after a brave battle against cancer. She was 31.

Marczewski, who went by the stage name Nightbirde, appeared on AGT’s 16th season and was awarded the coveted Golden Buzzer by Simon Cowell. She was forced to withdraw from the competition prior to the live shows in order to focus on her health. “My health has taken a turn for the worse and the fight with cancer is demanding all of my energy and attention,” the singer wrote of her withdrawal. “I am so sad to announce that I won’t be able to continue forward on this season of AGT. Life doesn’t always give breaks to those that deserve it—but we knew that already.”

Nightbird survived a bout with breast cancer after being diagnosed in 2017. But, the cancer returned and in 2019 doctors told her she had only a 2% chance of survival. The singer defied the odds and was declared cancer-free in 2020. Unfortunately the cancer returned in 2021 and spread to her lungs, spine and liver.But, her diagnosis didn’t keep her from writing and singing and sharing her gift with the world. She won over the judges and everyone who witnessed her performance on the AGT stage with her original song “It’s Okay.””It’s important that people know I’m so much more than the bad things that happen to me,” Marczewski told the judges during her introduction. ”

Following her performance, Simon Cowell fought back tears as he praised the singer and her ability to “casually tell us what you’re going through.”

“You can’t wait until life isn’t hard anymore before you decide to be happy,” Nightbird responded.

After her exit from America’s Got Talent, Nightbirde gained a huge social media following and kept her fans up to date on her cancer battle. Her final post was made on January 11, 2022, where she was candid with her followers about her state of mind.

“Honestly, things have been pretty brutal. But this is a photo of myself from last week where I felt pretty, and alive, and awake, and human, and real. I needed that. We’re all a little lost and it’s alright,” she captioned a photo of herself.

Following her death, AGT judges and host took to social media to remember the singer.

Your voice, your story, and your message touched millions. Nightbirde will always be a member of the AGT family. Rest In Peace, Jane. pic.twitter.com/dhKdrecEIv

@_nightbirde was such a bright inspirational light in all our lives.we must continue to live and learn from her words and lyrics. As much as I feel horribly about her passing I feel lucky to to have met, heard and known her.

Watch Nightbirde’s memorable Golden Buzzer performance in the video below.