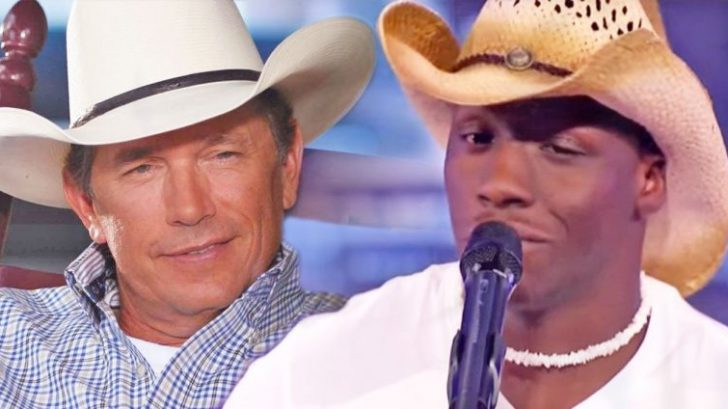 When 21-year-old Milton Patton stepped on the America’s Got Talent stage, viewers and judges could sense that he had something special the moment he opened his mouth.

He stunned the judges with his silky smooth voice during his incredible rendition of Brad Paisley and Alison Krauss’ “Whiskey Lullaby.” He broke down in tears when the audience was chanting, “Put him through!”

Judges Howard Stern, Heidi Klum, Mel B., and Howie Mandel called him a “superstar” and advanced him to the next round of competition, but was eliminated during Las Vegas week.

During his initial audition, Patton said, “I worked hard to get to where I’m at and I’m not gonna stop,” and even though he didn’t make it far on AGT, he’s proved that he has not given up his dream of being a country star.

He continues to play shows around the country and at this particular show two years after his AGT appearance, he sang a song made famous by The King of Country himself, George Strait.

Patton put his own spin on the hit song “Check Yes or No,” and completely floored us!  Y’all better remember his name, because he’s going to blow up one day!

Take a look at his “Check Yes or No” performance below and let us know what you think!