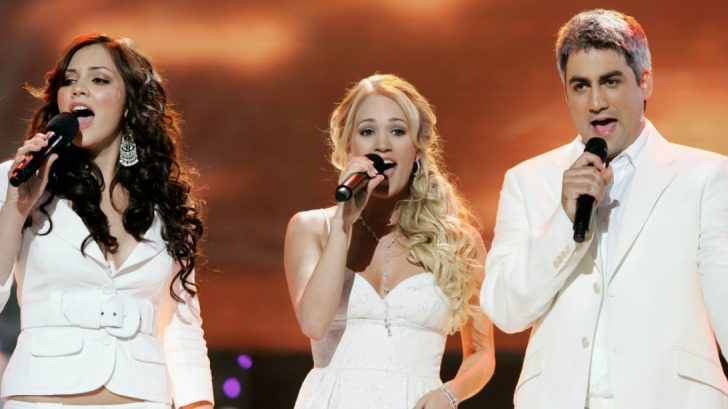 While on a media tour following her American Idol victory, the show’s most recent winner Maddie Poppe told host Ryan Seacrest that she was accidentally tipped off that she had won before the announcement was made on television. During an appearance on Live with Kelly and Ryan, Poppe admitted to Seacrest that she saw her name on the card before he made the formal announcement.

“I have to tell you guys something. Ryan, you’re really bad at hiding the card. … There was a moment where me and Caleb looked at each other because we both looked at the card before you said it. I couldn’t help it,” Poppe said.

Just last week, another former Idol champ claimed that he also knew the results before an on-air announcement was made, but he says that it was no accident. During an interview on Friday (June 29), Season 5 winner Taylor Hicks told Birmingham, Alabama’s WJOX radio in that he had inside information about weekly eliminations. He also added that he wasn’t the only one.

“I had an ‘in’ in the whole production of the show,” Hicks claims and said that producers told him the results before they were revealed throughout season 5. But, he said he didn’t get the info during the 2006 finale where he and Katharine McPhee were vying for the Idol title. He did say executive producer Nigel Lythgoe gave him a “wink and a nod” before the results were announced. Lythgoe denies the claims.

Watch Taylor Hicks, fellow Idol champ Carrie Underwood and Season 5 runner-up Katherine McPhee sing “Made It Through The Rain” in the video below.