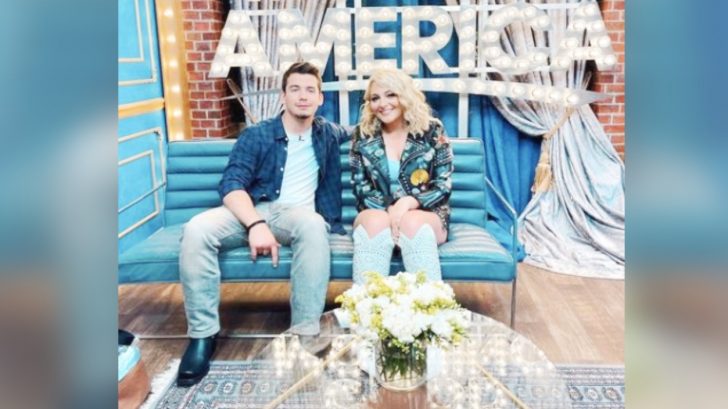 The two singers reunited for a few shows after they finished filming Idol. Since they’ve been hanging out a bit, rumors started to spread that they’re dating.

Noah dismissed those rumors during an August interview with Taste of Country Nights:

“The only thing that bothers me is people talking about, like, Hunter,” he said. “We had our trailers side-by-side. That’s not something we picked. We became close, man. We talked about how one person was feeling this way…she was just kind of there for me and I was there for her. We just became best friends, man.”

Noah said HunterGirl is good friends with his actual girlfriend, Angel. He and Angel share a young son:

Since Noah and HunterGirl are such close friends, they decided to book some more shows together this year. In fact, they went ahead and booked a whole tour!

Noah and HunterGirl revealed their plans to embark on a co-headlining tour starting on October 27 in Columbus, Ohio. The tour includes a total of eight shows throughout the months of October, November, and December.

“These shows are gonna be awesome y’all,” Noah said in his announcement about the tour. “I am so excited to go out with one of my good friends and can’t wait to see everyone there.”

HunterGirl is equally hyped about the upcoming tour. She said:

“So excited to go on tour with one of my buddies, @noahthompsonmusic !! I can’t wait to be on the road with my band, and have the chance to play new music that will be coming out soon. These shows are gonna be so much fun, and I hope to see y’all there!“

See all of Noah and HunterGirl’s tour dates below.