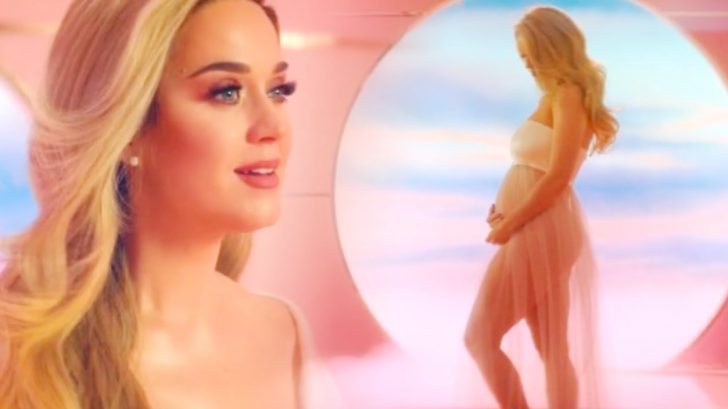 It’s a good thing American Idol will likely wrap up in May, because judge Katy Perry has a big event coming up this summer. And that big event is the birth of her first child!

Perry and her fiancé, actor Orlando Bloom, have been together since 2016. The couple got engaged on Valentine’s Day in 2019.

This year, Perry celebrated the one year anniversary of their engagement with a romantic post on Instagram.“one year ago I said yes to a life of love and evolution…“she wrote alongside a slideshow of photos of her and Bloom.

one year ago I said yes to a life of love and evolution… and definitely never a dull moment ?

Perry has spoken about her wedding plans in interviews, saying she and Bloom are intending to have a small ceremony. She even joked that her fellow Idol judges Lionel Richie and Luke Bryan will not be invited to the wedding!

While Perry hasn’t shared many details about her upcoming nuptials, she did announce her plans to release a song that is clearly wedding-themed. Titled “Never Worn White,” the song has Perry singing about a powerful love and how she “really [wants] to say ‘I do.'”

Since the song is so personal, and clearly about the love she shares with Bloom, Perry used its music video to announce they are expecting their first child together.

The music video, which dropped on Thursday (March 5), shows Perry cradling her baby bump at the end.

On Instagram Live after the video debuted, Perry spoke about her pregnancy and revealed she’s due in the summer:

“There’s a lot that will be happening this summer,” Perry said. “Not only will I be giving birth, literally, but also figuratively to something you guys have been waiting for. So let’s just call it a double whammy. It’s a two-for.”

This will be Perry’s first child, and Bloom’s second. He shares a nine-year-old son, Flynn, with his ex-wife, model Miranda Kerr.

Scroll below to watch Perry’s pregnancy reveal in her brand-new music video for “Never Worn White.” We can’t wait to see how she dresses up her baby bump on American Idol this season!

Congratulations to Perry and Bloom on their upcoming addition!