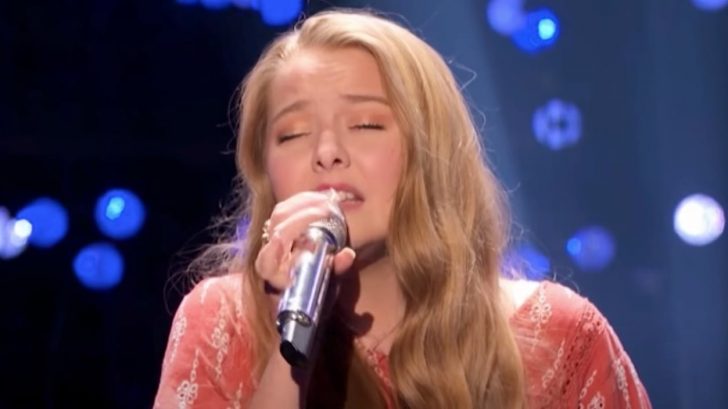 After many weeks of auditions, American Idol judges Luke Bryan, Katy Perry, and Lionel Richie narrowed down the pool of contestants by awarding a select number of golden tickets to Hollywood. One artist who received a golden ticket was country singer Ryleigh Madison.

Madison said she was inspired to audition for Idol after watching fellow country singer Gabby Barrett become the third-pace finisher during a previous season. She further expressed her admiration for Barrett by performing her hit “The Good Ones” during her audition.

Bryan, Perry, and Richie loved the 16-year-old’s performance. So it came as no surprise when they gave her a golden ticket to Hollywood.

We finally got the chance to see Madison perform in Hollywood during an episode that aired on Monday night (March 28). She received some encouragement from mentor Lauren Alaina, who is a country singer and Idol alum.

Madison got emotional when she saw Alaina for the first time. She dreams of following in her footsteps on Idol so she can be a country star one day.

After meeting with Alaina, Madison took to the Hollywood stage to perform a cover of a country classic. She sang Patsy Cline‘s “Crazy,” which was written by Willie Nelson.

Once again, Madison’s performance was a hit with the judges. Richie could be heard calling the performance “great” as Madison walked off stage to the applause of her fellow contestants.

The below video doesn’t show it, but the judges later voted to send Madison through to the next phase of the competition. They were truly “Crazy” for her performance!

“Well y’all, I made it through to the next round!!!!” Madison wrote in a celebratory post on social media. She encouraged everyone to stay tuned to future episodes of Idol to see her participate in the “Duets” portion of the competition.

In the meantime, watch Madison sing Cline’s timeless song below.