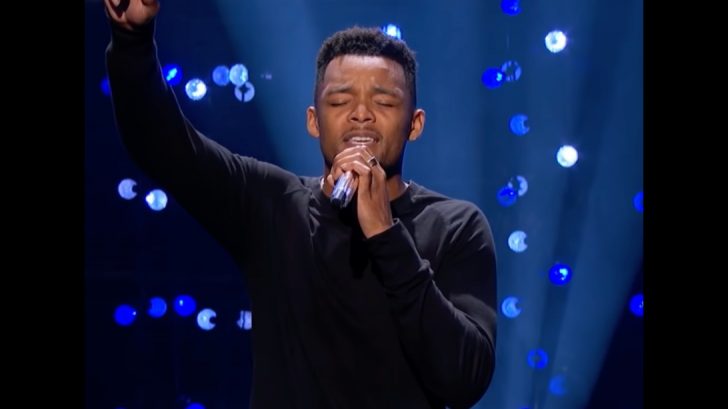 American Idol auditions are over and Hollywood Week is officially underway! During Monday night’s episode we saw the return of Mike Parker who wowed the judges during his audition with a cover of Deana Carter’s “Strawberry Wine.”

This time Parker took the Idol stage to sing his own unique rendition of Cam’s 2015 hit “Burning House.” The singer dedicated the performance to his mom who was recently diagnosed with leukemia.

“Since my audition we did find out that my mom has leukemia. Being able to take that Golden Ticket back to her meant more than anything else,” Parker said followed by a clip of his mom’s reaction to her son receiving a coveted ticket to Hollywood.

“Seeing her happy made me feel like it’s worth it. She’s still fighting. It’s still a marathon, but…she’s in great spirits, and my mom would hate it if she was the reason that I wasn’t singing.”

Parker then dedicated his performance to his mom and promised to “work [his] butt off” to go as far as he can in the competition. “This is all for her.”

As Mike began to sing “Burning House,” the judges were immediately impressed by his soulful take on the popular tune. It’s clear that the singer doesn’t lack confidence and isn’t afraid to make a song his own.

If Mike Parker looks familiar perhaps it’s because he appeared on The Voice and earned a spot on Jennifer Hudson’s team during Season 15. The singer made it past the Battle Round but was eliminated during the Knockouts. His appearance on American Idol is his second chance at stardom, and if Monday night’s performance was any indication…he is well on his way.

Hear Mike Parker sing “Burning House” in the video below.