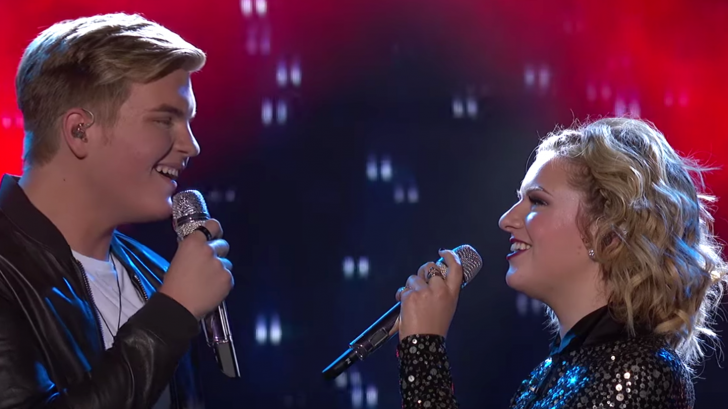 Shortly after being named the newest champion of ABC’s reboot of American Idol, Maddie Poppe confirmed she was in a relationship with fellow contestant Caleb Lee Hutchinson – who ended the season as the runner-up.

MY GIRLFRIEND WON AMERICAN IDOL!!! No one deserved it more than you babe. I am honored to know you and even more honored to call you mine. Don’t forget about me. I love you ❤️ pic.twitter.com/S0g73ZIyfP

So why keep their romance a secret for so long?

“We didn’t really want people to think that we weren’t focused on the show, and also Cade and Gabby had just kind of announced that they were dating, and so we didn’t want to take away their thunder, you know,” Poppe shared with Yahoo. “Caleb and I kind of joked, when people would ask about us, that we were cousins!”

Poppe went on to say that she and Hutchinson wanted to keep their relationship a secret from the series producers to avoid elimination after observing many other contestants ‘split up’ after stepping out as a couple.

“We started dating around the Top 24 week, and we’d noticed that there were some other couples who had gotten split up along the way…” Poppe said before continuing. “I mean, it’s just my conspiracy theory, but we really didn’t want anybody to know [we were an item], because we didn’t want the producers to find out and split us up!”

You can check out their romantic duet in the season finale below!