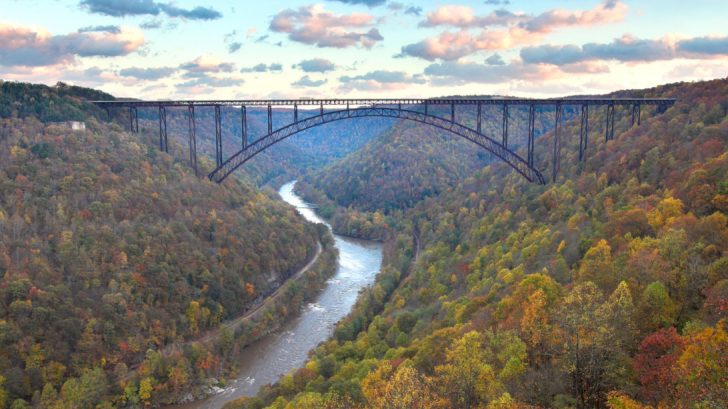 When one thinks of national parks many come to mind, such as Great Smoky Mountains, Yellowstone, Zion, Grand Canyon and Rocky Mountain. While those parks top the list of most visited, we were surprised to learn that there are a total of 63 national parks in the United States, with the newest being added in late 2020.

The New River Gorge runs 53 miles along the New River, from the Bluestone Dam to Hawks Nest Lake. The gorge has long been a popular stop for rafters, hikers and climbers and features numerous abandoned mining communities. But, the highlight of the new park is the New River Gorge Bridge, the third highest bridge in the United States at 876 feet above the river. It boasted the world’s longest single-arch steel span until 2003.

First designated as a National River in 1978, the New River Gorge runs along 53 miles of one of the world’s oldest rivers — the New River — stretching from Bluestone Dam to Hawks Nest Lake.

“The New River Gorge is a natural wonder, in the category of the Grand Canyon or Niagara Falls. It’s an awe-inspiring place. Once you see it, it’s a place you never forget,” said Chelsea Ruby who is set to become West Virginia’s first Secretary of Tourism.

Get a glimpse at the beauty of the New River Gorge National Park and Preserve in the video below and make it a must-see summer vacation spot!