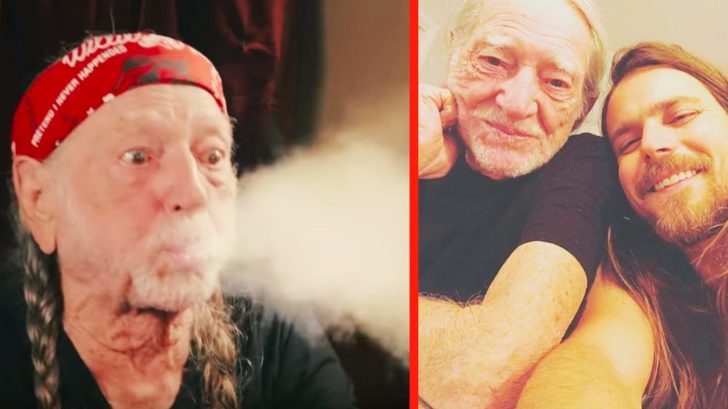 On November 29, KSAT reporter Paul Venema published an article containing quotes from a recent interview with country music legend, Willie Nelson. That interview has since generated a wealth of attention online.

What’s the reason for the buzz? Well, it’s because within that interview, Willie admitted that he has stopped smoking weed.

This came as a shock to many, since Willie is known as one of the entertainment industry’s most outspoken supporters of marijuana. He even has his own line of cannabis products, called Willie’s Reserve.

So why did Willie decide to stop smoking weed? As he told KSAT, his felt like he had to give it up because of his health.

“I have abused my lungs quite a bit in the past, so breathing is a little more difficult these days and I have to be careful,” he said.

Nelson said that he quit smoking weed because of those breathing issues, saying, “I don’t smoke anymore – take better care of myself.”

But even though Willie has stopped smoking, he hasn’t quit using cannabis altogether. This is something that his son, Lukas, clarified in a tweet he shared on Wednesday (December 4).

There is a lot of articles going around saying my father is no longer smoking weed. It’s almost 2020, how people ingest cannabis has changed. Between vaping, edibles, gummies, drops, etc. I think it’s safe to say Willie will never stop enjoying Mary Jane!

Many of the people commenting on Lukas’ tweet said that after they heard the news Willie had stopped smoking, they assumed he’d continue using cannabis in other forms. And they were right!

It only makes sense that Willie wouldn’t give up marijuana for good. After all, he has recorded many songs about it, including “Roll Me Up and Smoke Me When I Die.”

You can enjoy that song below.