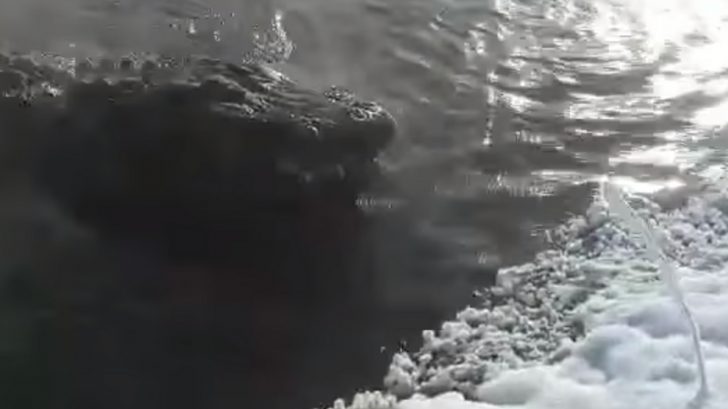 The Colorado Gator Farm in Mosca, Colorado is a very special alligator rescue farm because it’s one of the only places in the world where gators can play in the snow and have their warm water too.

How Is This Possible?

Even though the weather in Mosca, Colorado is around 18 degrees Fahrenheit in January, there is a geothermal well located at the bottom of a pond on the Colorado Gator Farm that keeps the temperature of the water at 87 degrees year-round.

In addition to the geothermal well keeping the gators warm, the farm is located 7,500 feet above elevation and has intense sunlight that warms the gator’s bodies.

History Of The Colorado Gator Farm

The farm was started back in 1977 to be a tilapia farm but an event happened that killed all the fish in 1987, so they brought in 100 baby alligators to eat the dead fish.

The gators quickly grew and people in the area were so excited to see them that they just decided to keep the gators there. In 1990 they opened the farm to the public. Now it’s a sanctuary that houses hundreds of alligators and other reptiles that were unwanted, overgrown, and often abused.

“It took years to finally get on film. The gators would never cooperate and come out onto snow when we would be standing around with a camera. The day we filmed this the battery on the camera shut off several times because of the cold. Lucky for us this gator was in the right place at the right time and cooperated.”

View That Footage Of The Gator Walking In Snow