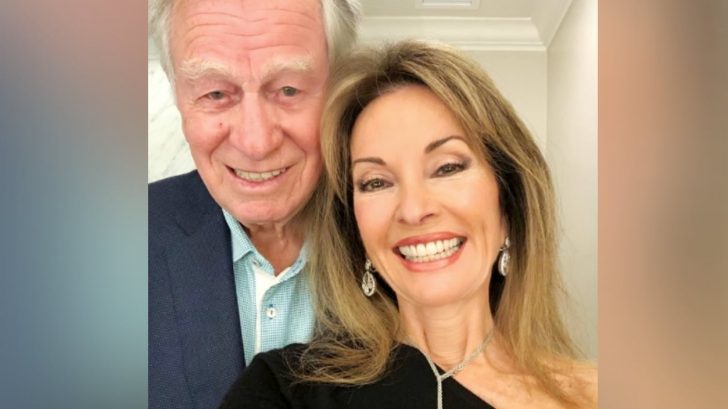 Our hearts go out to Susan Lucci during an incredibly sad time.

Huber was working as a chef when he married Lucci in 1969. He later became Lucci’s manager and served as the CEO of Pine Valley Productions.

According to PEOPLE, Huber was fluent in several languages. He worked on his English by watching movies, particularly ones starring John Wayne and Humphrey Bogart.

Happy 50th Wedding Anniversary to Helmut Huber & Susan Lucci ???‍♀️ They married a year before #AllMyChildren debuted, when she was a waitress at the Garden City Hotel & he was their Executive Chef? Congrats to you both?? #AMC #AMCForever @Susan_Lucci #SusanLucci #HelmutHuber pic.twitter.com/EouUnmnkdx

Sadly, Huber passed away on Monday (March 28) in Long Island, New York. A family representative issued a statement about his death to PEOPLE:

“A family man, he was a loyal friend, and loved them deeply. With a roaring sense of humor, larger-than-life personality, and a practical problem-solver, he lived his life to the fullest. Mr. Huber who formerly raced motorcycles in Austria was a first-rate skier, and avid golfer, belonging to the Garden City Golf Club and Westhampton Country Club.”

“Helmut’s passing is a tremendous loss for all who knew and loved him. He was an extraordinary husband, father, grandfather, and friend. The family kindly asks for privacy during this incredibly difficult time.“

The last time Lucci shared a photo with her husband was on Valentine’s Day (February 14). They enjoyed a nice dinner in New York and took a selfie together.

Huber is survived by Lucci, their daughter Liza, and son Andreas. He also has another son and daughter from a previous relationship. Other surviving relatives include his brother, eight grandchildren, and two great-grandchildren.

In lieu of flowers, Huber’s family says those wishing to honor him can do so by making a donation to the American Stroke Association.

Our thoughts and prayers go out to Lucci and all of Huber’s loved ones. May he rest in peace.