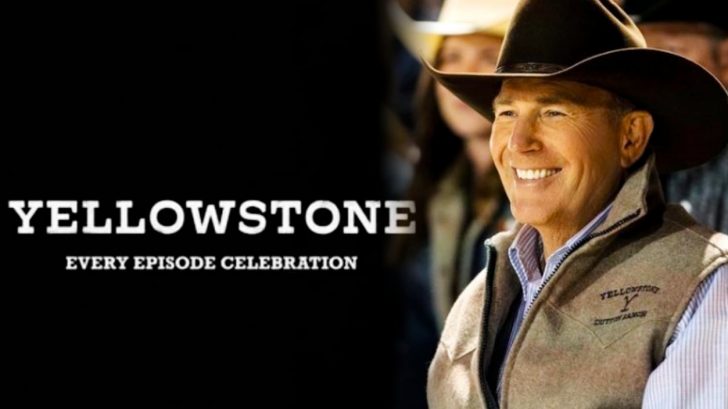 The weekend before Thanksgiving, the Paramount Network aired a mega marathon of its standout series Yellowstone. The marathon spanned across two days, and included every episode from the series’ three seasons.

Fans were thrilled about the marathon, and jumped on the opportunity to binge every episode in anticipation of the show’s fourth season hopefully airing some time in 2021.

Now, viewers will get a second chance to revisit their favorite Yellowstone episodes, because the show just announced another marathon!

The marathon, dubbed the “Every Episode Celebration” will once again feature every episode from the show’s three seasons. Everything will kick off the day after Christmas (December 26) starting at 9 AM ET.

Popculture.com reports that the first day of the marathon will include every episode from Season 1 and part of Season 2. The marathon will air until 12 AM that night and will resume at 9 AM ET on December 27. Fans will be able to catch the remainder of Season 2 and all of Season 3 that day.

Look below to see the clip Yellowstone shared to announce its “Every Episode Celebration” marathon.

This news comes just a few months after the conclusion of the show’s third season. Season 4 has been in production for a while, but there is still no news on when the new season will start airing.

So while you wait to watch the new season of Yellowstone, you can get caught up on the series by watching its after-Christmas marathon. We can’t wait to revisit some of our favorite episodes!

It's marathon time! Binge all three seasons of #YellowstoneTV beginning this Saturday December 26 at 9am/8c. pic.twitter.com/cIm123bIFF