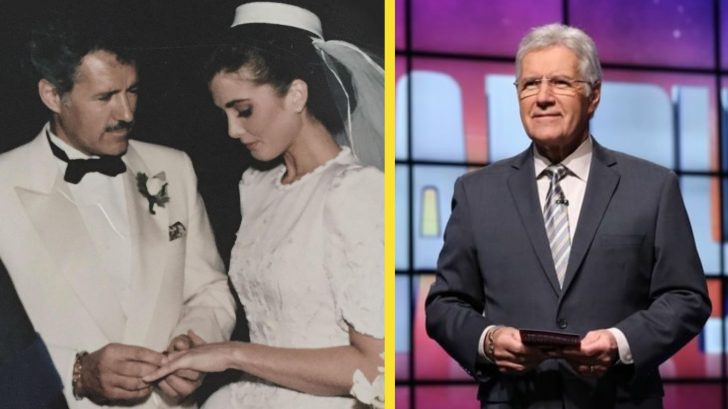 Less than a week after the passing of veteran game show host Alex Trebek, his wife of 30 years has broken her silence and addressed his passing in a public statement.

Alex Trebek first revealed in the spring of 2019 that he had been diagnosed with stage four pancreatic cancer. During a television special titled What Is Jeopardy!? Trebek explained that facing his now “closed-ended life” has been difficult.

“Most of us have open-ended lives, we don’t know when we’re going to die. Because of the cancer diagnosis, it’s no longer an open-ended life, it’s a closed-end life because of the terrible statistics, survival rates for pancreatic cancer.”

Trebek’s wife, Jean, said that the hardest part for her is the feeling of helplessness.

“I think for me it’s when I see him in pain and I can’t help him,” said Jean, adding, “And when he doesn’t eat right … when he has too much diet soda,” she added jokingly.

Sadly, Trebek passed away after his battle with cancer on November 8th, 2020 at home surrounded by family and friends. In the wake of his passing, Jeopardy! shared a special video honoring his 36-year run with the show and explaining how the remainder of the pre-taped episodes would be aired.

Now, in a brand new social media post, Alex’s wife of three decades, Jean Trebek, has opened up about his passing and how the outpouring of love across the world has helped her and their family during this very difficult time.

Sharing a photo of her and Alex on their wedding day, she said, “My family and I sincerely thank you all for your compassionate messages and generosity. Your expressions have truly touched our hearts. Thank you so very, very much.”

Alex Trebek’s final episode on Jeopardy! is set to air on Christmas Day 2020. Join us in saying a prayer for this family during such a hard time and see Jean Trebek’s full post below.

My family and I sincerely thank you all for your compassionate messages and generosity. Your expressions have truly touched our hearts. Thank you so very, very much. Many Blessings to all, Jean Trebek